Business   In Other News  24 Dec 2018  Preparing incentive package for exporters to address their woes: Prabhu
Business, In Other News

Preparing incentive package for exporters to address their woes: Prabhu 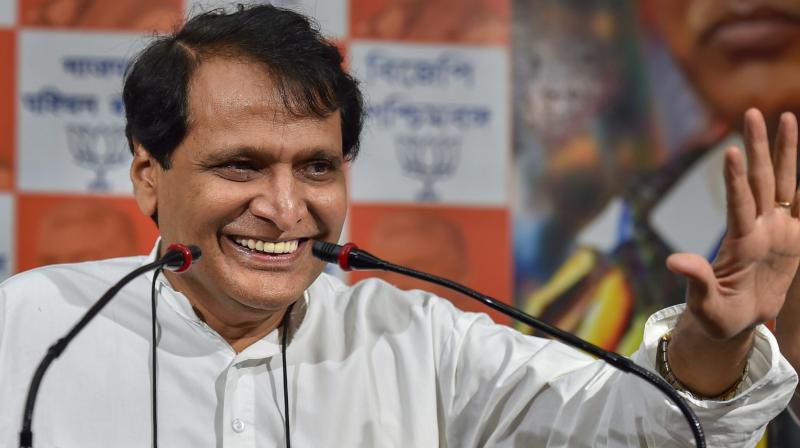 New Delhi: The commerce ministry is preparing an incentive package for labour intensive sectors like leather with a view to promote shipments and address issues of exporters, Union Minister Suresh Prabhu said.

He said there have been challenges for export sector over a period of time, such as issues related to credit availability.

"We are preparing a package which will ensure that exporters' woes are addressed properly. There have been challenges for the export sector over a period of time and one big challenge is credit," Prabhu told PTI.

He said the package would focus on labour intensive sectors such as leather, textile and marine products as they would help in creating jobs. The minister said there has been a sharp decline in credit to the export sector and the department of commerce has taken up the matter with the finance ministry and with the RBI.

"I am supposed to meet new RBI Governor (Shaktikanta Das) and will explain him, what are the new things we need to do at export front. We are also saying that RBI should classify credit to export as priority sector lending," he added.

The other challenge, he said, which the export sector is facing is related to refund of Goods and Services tax (GST). The minister suggested that introduction of e-wallet mechanism will effectively address the woes of exporters who have been complaining of delays in refund of taxes under the GST regime.

"If there will be an e-wallet, they (exporters) do not have to pay the tax first. Today, the problem is that they get refund over a period of time. They have to first pay upfront and in that, your working capital gets locked up that is why we want to address that issue," the commerce minister said.

As per a proposal under the e-wallet mechanism, a notional credit would be transferred to exporters' accounts based on their past record and the credit can be used to pay taxes on inputs.

Talking about the steps to reduce transaction cost for exporters, Prabhu said the ministry is in the process of presenting a bill on multi-modal transport in Parliament. This will help enhance efficiency in logistics sector, he said adding each logistics company will be rated by a regulatory organisation, which will be created by the industry.

India's exports grew by a meagre 0.80 per cent to USD 26.5 billion in November. During April-November this fiscal, exports rose 11.58 per cent to USD 217.52 billion. Federation of Indian Export Organisations (FIEO) President Ganesh Kumar Gupta believes that timely and affordable credit to exporters are important to boost shipments.