Business   In Other News  25 May 2019  Delay in ore mines auction may disrupt steel output in FY20
Business, In Other News

Interestingly, of the last major auctions of about 88 iron ore deposits, only a handful has started to operate. 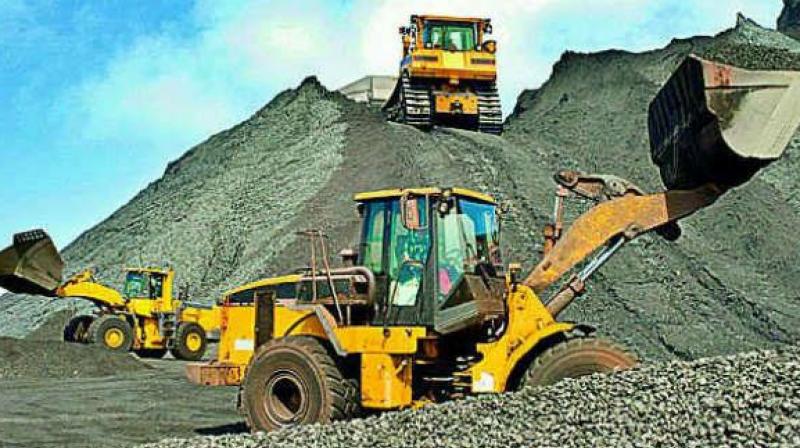 Ind-Ra estimates that nearly 60 million tonne of the actual production of iron ore from these mines could be disrupted.

Kolkata: Initiation of the auction process for more than 50 years old mines will have to be one of the top priorities of the new Narendra Modi-led government, among others. Any delay in the process will lead to disruptions in iron ore production and eventually leading to a significant drop in country's steel output. Atleast that's what India Ratings and Research (Ind-Ra) feels.

"Steel production would be significantly affected if the auction of the mines which would complete 50 years of operations by March, 2020 is materially delayed. Consequently, the credit profile of merchant miners and thus non-integrated steel players could come under stress. The share of outstanding funds credited to the iron and steel sector to the total fund-based banking credit is about 5 per cent i.e. Rs 2.85 trillion. Also, most of the industry participants are not backward integrated," researchers at Ind-Ra feel.

Going by Ind-Ra's assessment, the license of about 288 merchant mines will expire by March, 2020, out of which 59 mines are under operations. Majority of these 59 mines are iron ore mines situated in Orissa and Karnataka with around 85 million tonne of approved annual capacity. Ind-Ra estimates that nearly 60 million tonne of the actual production of iron ore from these mines could be disrupted. Considering that the auction process on an average takes three to six months to complete, a delay in initiating them until the latter half of 2019 due to the Lok Sabha elections in the country could affect the timely auction of mining lease.

Interestingly, of the last major auctions of about 88 iron ore deposits, only a handful has started to operate.