Business   In Other News  25 Jun 2018  Piyush Goyal hopeful of getting enough land for bullet train project
Business, In Other News

A senior govt functionary also said Japan is increasing its funding to USD 5 billion per year from the earlier USD 3 billion. 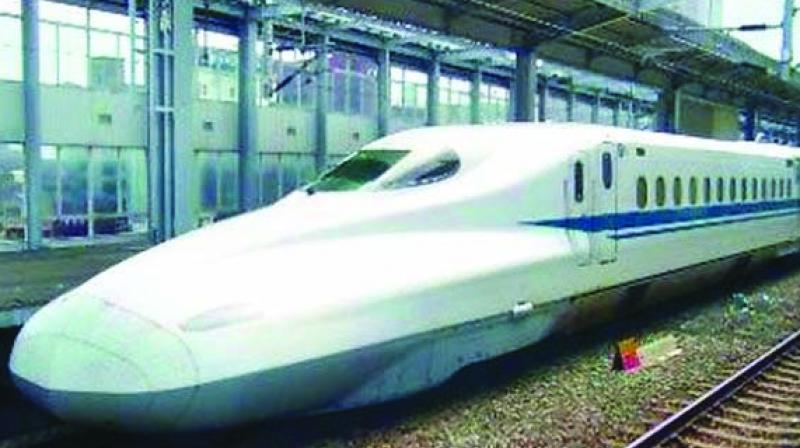 Piyush Goyal on Monday exuded confidence that he does not see "any stress" in getting the land needed for the ambitious project, primarily on the increased compensation that government is offering now.

Mumbai: Even as protests continue against the bullet train project in pockets of Maharashtra and Gujarat, railway minister Piyush Goyal on Monday exuded confidence that he does not see "any stress" in getting the land needed for the ambitious project, primarily on the increased compensation that government is offering now.

A senior government functionary also said Japan, which is almost fully funding the project with a soft loan, is increasing its funding to USD 5 billion per year from the earlier USD 3 billion.

"Environmental and social impact studies either have been completed or are near completion. I personally don't see any stress in getting the land (for the project)," Goyal told reporters here on the sidelines of the AIIB summit.

He said government is not facing any resistance on land acquisition ever since it increased the compensation to four times of the market value, and stressed that in the case of the Mumbai-Ahmedabad bullet train project, the same has been increased to five times if it is through consent. Goyal also said he held detailed discussions with the chief ministers of both the states to expedite the project.

Addressing those who are protesting against the land acquisition, he claimed that people in both Palghar and Surat, which are witnessing protests at present, will stand to benefit from the project.

He drew parallels with the Beijing-Shanghai high speed rail project, and said the government wants we to develop the Mumbai-Ahmedabad stretch as a high growth zone just like the stretch between the two Chinese cities.

There'll be more high speed rail corridors in future, he said,adding the AIIB has evinced interest in such projects. Goyal said the country has proposed nine infra projects, including four in the private sector, to the AIIB for funding which will entail an investment of USD 2.4 billion.

The overall funding for the four private sector projects will be USD 860 million, he added. At present, the AIIB has funded seven projects worth USD 1.4 billion since its formation in 2016, making the country as the biggest beneficiary.