Business   In Other News  25 Jul 2018  India has taken note of US sanctions on Iran, says Dharmendra Pradhan
Business, In Other News

India has taken note of US sanctions on Iran, says Dharmendra Pradhan 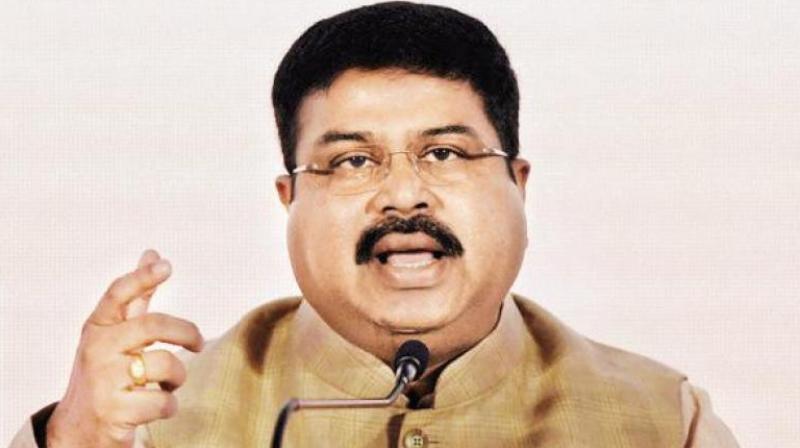 "Indian refineries import crude oil from diverse sources including Iran, depending on technical and commercial considerations," he said in a written reply in Rajya Sabha. Pradhan, however, did not give a direct reply to the question whether the US has asked some countries including India to wind-up their business with Iran by November 4.

"India has taken note of the re-imposition of US Sanctions on Iran in wake of the US pullout from the Joint Comprehensive Plan of Action on May 8, 2018," he said. Iran was India's second biggest supplier of crude oil after Saudi Arabia till 2010-11 but western sanctions over its suspected nuclear programme relegated it to the 7th spot in the subsequent years.

The US, which in May pulled out of a landmark nuclear deal and said sanctions will be re-imposed on Iran within 180 days, has threatened to cut off access to the American banking system for foreign financial institutions that trade with Iran.

The Trump administration is piling pressure on India, China, and other buyers to end all imports of Iranian oil by a November 4 deadline as it looks to choke the Persian Gulf state's economic lifeline with sanctions over its nuclear programme. India pays Iran in euros using European banking channels.

During the first round of sanctions in 2012 when European Union joined the US in imposing financial restrictions, India initially used a Turkish bank to pay Iran for the oil it bought but beginning February 2013 paid nearly half of the oil import bill in rupees while keeping the remainder pending till the opening of payment routes. It began clearing the dues in 2015 when the restrictions were eased.