Business   In Other News  25 Oct 2017  Infosys clears Vishal Sikka, ex-board on Panaya
Business, In Other News

nfosys pointed out that the company published the summary findings of these investigations, given the attention these matters had received. 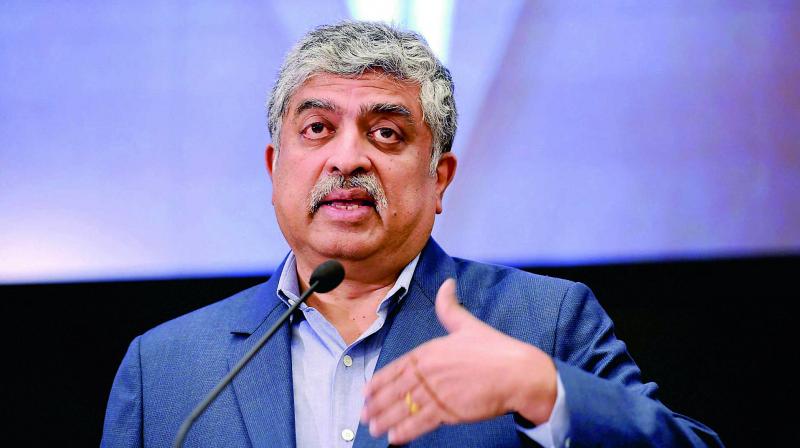 Mumbai: Snubbing Narayana Murthy’s allegations of wrong doing against the previous board led by Vishal Sikka, Infosys on Tuesday reaffirmed the previous findings of external investigation agencies that had given a clean chit to the manner in which the previous management handled the acquisition of Panaya and severance payment to the company’s former CFO Rajiv Bansal.

The constant attack by Mr Murthy alleging serious violation of corporate governance norms in the above deals led to a reshuffle of the board that saw the exit of Mr Sikka and the appointment of its co-founder Nandan Nilekani as its non-executive chairman.

“As previously indicated, the chairman has conducted a review of all the external investigations into certain anonymous complaints the company had previously received. The review covered a range of matters described below, including the acquisition of Panaya, which was completed by the company in February 2015, and the severance payments to the former CFO. After careful consideration led by our chairman, the board reaffirms the previous findings of external investigations that there is no merit to the allegations of wrongdoing,” the company said.

Among other things, the review reaffirmed the conclusion of the independent investigation that there was no merit to the allegations of wrongdoing with respect to the acquisition of Panaya.

The review also confirmed that the company made appropriate and timely disclosures relating to severance payments to the former CFO at the end of the quarter of his resignation, and subsequently in the Company’s 20-F and annual report.

Unlike the practice followed in the past, Infosys pointed out that the company published the summary findings of these investigations, given the attention these matters had received.