PSU banks will get fresh Rs 2.11 lakh crore in funding

In the last three-and-half years, the government has pumped in `58,848 crore capital in the public sector banks. 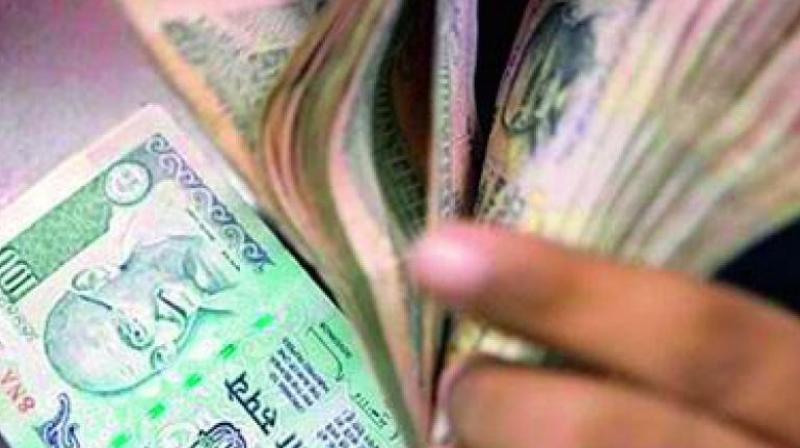 Finance ministry said that the domestic investment of the private sector continued to be affected by the growing contamination of loans advanced in the past, which have now become unsustainable.

New Delhi: The Centre on Tuesday unveiled a two year Rs 2.11 lakh crore recapitalisation programme for the PSU banks to allow them to start lending to push the economic growth and create jobs.

Finance ministry said that the domestic investment of the private sector continued to be affected by the growing contamination of loans advanced in the past, which have now become unsustainable.

“Besides affecting the general investment climate these non-performing loans have also necessitated an unprecedented levels of provisioning, particularly in the public sector banks. This in turn has affected their lending capabilities that has particularly affected the medium and the small scale sector,” said financial services secretary Rajiv Kumar.

He said that while many corporates have accessed the bond market in the recent past, it is the MSMEs that have been deprived of capital due to the inability of the banks that are weighed down by the excessive burden of demanding provisioning norms.

“Today during the Union cabinet meeting  it was decided that government should take a bold step to address this problem and Rs 2.11 lakh crore is the capital that is intended to be now indicted further in banks. This will be accompanied by a series of banking reforms,” finance minister Arun Jaitley said while flanked by all his five secretaries and chief economic advisor.

The money for the recapitalisation  will come from  a budgetary provisions of Rs 18,139 crore, recapitalisation bonds to the tune of Rs 1,35,000 crore, and the balance through raising of capital by banks from the market while diluting government equity (estimated potential Rs 58,000 crore).

State owned banks have 70 per cent market share. In the last three-and-half years, the government has pumped in `58,848 crore capital in the public sector banks.

When asked about the impact of recapitalisation bonds on deficit, Mr Jaitley said it would depend upon the nature of the bonds and the issuer.

“The bank recapitalisation plan is significantly positive for the PSBs, given the quantum of the capital infusion, as it will address both the issues of growth capital and capital required to absorb losses arising out of elevated provisioning requirement on NPAs,” said  Karthik Srinivasan, group head (financial sector ratings) at Icra.