Business   In Other News  26 May 2020  After UP, Rajasthan restores 8-hour working in factories
Business, In Other News

The state government on April 24 expanded working hours, Instead of eight hours, the working hours were increased to 12 hours a day 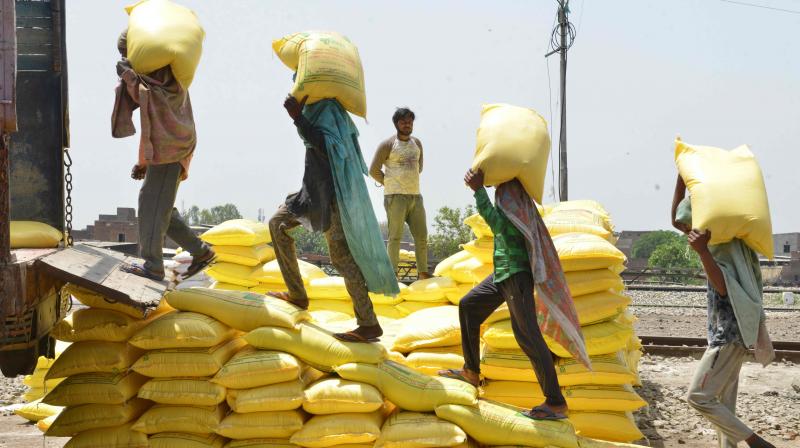 The Rajasthan government has decided to restore 8-hour shift in all registered factories in the state instead of 12-hour work per day as ordered earlier, according to an official statement.

The state government on April 24 has expanded working hours at processing plants. Instead of the usual eight hours, the working hours were increased to 12 hours a day.

The move was expected to boost manufacturing and supply of essential goods and services while working with reduced staff to maintain social distancing to curb the spread of covid-19, according to Niraj Kumar Pawan, secretary, Rajasthan Labour, Employment and Skill Secretary.

As per a notification issued last month by the labour department, the extension of work hours was expected to be in place for three months and the additional four hours shall be considered as overtime, for which the workers shall get double the usual wages.

“Almost all the factories are currently being operated during the coronavirus epidemic. The movement of workers has also started and no pass is required. Public transport has also started in many areas like Green, Orange Zone, etc,” state labour minister Tikaram Jully said in the statement.

The minister said that the management of factories and workers employed there are working as per the guidelines issued by the Centre and the state government regarding social distancing and safety.

The order issued last month to increase working hours was initially for three months for factories registered under the Factories Act, 1948. But it has been withdrawn in a month's time.

The Uttar Pradesh government had also issued an order on May 8 increasing the maximum working hours in a day from 8 to 12 hours under the Factories Act,1948. On May 15, the state government withdrew the order to bring back the daily working hours to 8 hours per day after the Allahabad High Court issued a notice to the state on a public interest litigation (PIL) challenging the order.

Based on a complaint filed by 10 Central trade unions, the ILO has objected to the ordinances proposed to temporarily scrap labour laws in Uttar Pradesh and Gujarat. It has also objected to executive orders issued by at least 10 states to increase the daily working limit from 8 to 12 hours.

The ILO said it was taking cognizance of the complaint “in light of measures being taken by a number of state governments to undermine labour legislation and international labour standards”.

“Certain states in India are moving towards relaxing labour laws with a view to revitalise the economy from the impact of Covid-19. Such amendments should emanate from tripartite consultation involving the government, the workers’ and the employers’ organisations and be compliant with the international labour standards, including the Fundamental Principles and Rights at Work (FPRW),” the ILO said in statement.