Business   In Other News  26 Jul 2017  Tier 2 regions to fuel the growth of co-working space segment: IndiQube
Business, In Other News

The concept of co-working space which is gaining rapid popularity in India. 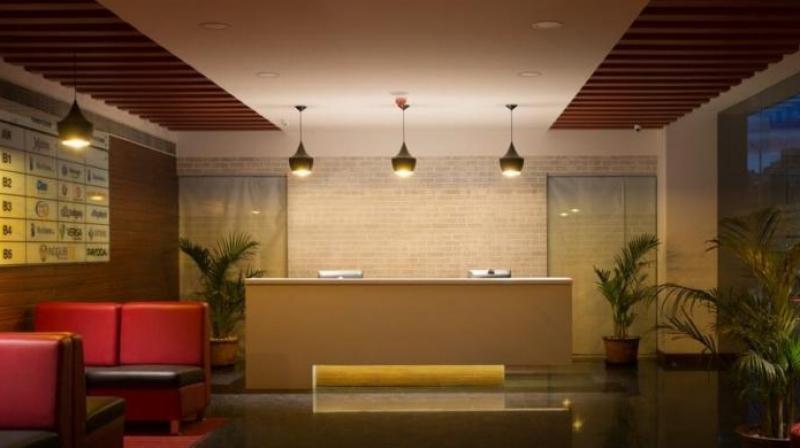 As per trade association of Indian Information Technology, NASSCOM, India is expected to have as much as 11,500 start-ups in the tech domain alone by the year 2020 of which a significant number is expected to be contributed by tier 2 cities.

While metros in India are witnessing an exponential growth in terms of co-working spaces at present, the next cycle of growth in the segment will be generated by tier 2 cities in coming years, owing to overburdened infrastructure coupled with rising number of start-ups in tier 2 regions

The concept of co-working space which is gaining rapid popularity in India, particularly in metros will witness its next cycle of unprecedented growth from tier 2 regions in coming years as per IndiQube, “the leading provider of next generation co-working spaces in the country.”

''While there is no doubt that the metros in India are pumping maximum growth for the sector at present, it would be interesting to see how long will the infrastructure be able to sustain. We are expecting a paradigm shift in the number of start-ups and co-working spaces in tier 2 cities,'' Says Meghna Agarwal, Co-Founder, IndiQube.

IndiQube earlier predicted a growth of 40-50 percent for co-working space segment in the year 2017 owing to a humongous growth in the number of start-ups and SMBs as well as the rising number of freelance professionals.

As per trade association of Indian Information Technology, NASSCOM, India is expected to have as much as 11,500 start-ups in the tech domain alone by the year 2020 of which a significant number is expected to be contributed by tier 2 cities.

''The ease of commuting, abundance of low priced renting options coupled with the availability of large pools of land and resources will push the industry to target tier 2 regions in near future.'' adds Meghna.

With lakhs of young college pass outs possessed with immense zeal to shape their life and accomplish their dreams, tier 2 cities will finally match potential of growth. Many global corporate giants have also set up bases in these regions leading to reverse migration from metros of the tier 2 cities.

''India is a land of zillion opportunities and talent which if tapped efficiently can create colossal figures for industry verticals like co-working space segment,'' said Meghna

The company recently also predicted that the demand for new office spaces in the country would reach 40 million square feet by the end of 2017.