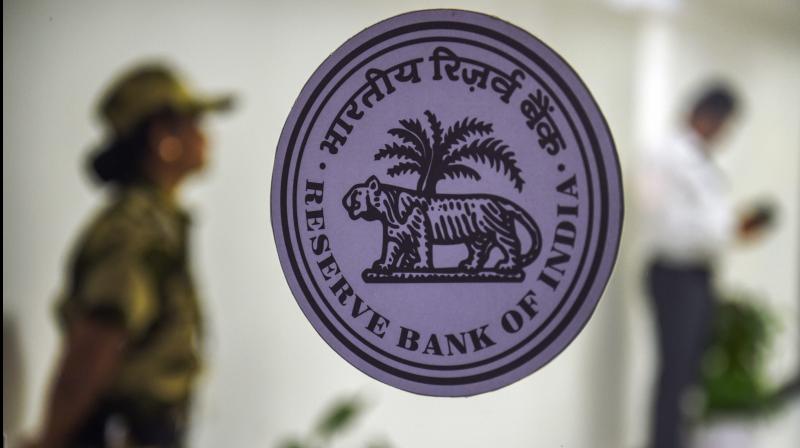 The Reserve Bank of India released its annual report on Tuesday. (File Photo)

Mumbai: Bank frauds of Rs 1 lakh and above have more than doubled in the
past year, the Reserve Bank of India (RBI) said in its Annual Report 2019-20 released on Tuesday.

Most of these frauds relate to loans. In fact incidents relating to other areas of banking, like off-balance sheet and forex transactions, fell in 2019-20, according to the annual report.

Frauds have been predominantly occurring in the loan portfolio (advances category), both in terms of number and value. The top 50 credit-related frauds constitute 76 per cent of the total amount reported as fraud in 2019-20.

However, the occurrence of these frauds are spread over several years; they are accounted for in the financial year when they are reported.

Frauds in loans constituted 98 per cent of the total frauds or at Rs 1.82 lakh crore, with other segments like off-balance sheet and cards or internet banking forming a much smaller part of it.

“Weak implementation of EWS (early warning signals) by banks, non-detection of EWS during internal audits, non-cooperation of borrowers during forensic audits, inconclusive audit reports and lack of decision making in joint lenders’ meetings account for a delay in detection of frauds,” the RBI report says.

For instance, the average lag between the date of occurrence of a fraud and its detection by the bank or financial institution was 24 months, the annual report said.

Whereas in the case of large frauds, where the amount involved was more than Rs 100 crore, the average lag was 63 months, it said.

That compares with the average lag of 22 months, and 55 months for large value frauds in the previous fiscal.

However, banks have seen a decline in reported frauds in the June quarter of FY21 as compared to the same period last year. The aggregate amount of money involved in frauds during the coronavirus-affected quarter of April-June 2020, stood at Rs 28,843 crore, as against Rs 42,228 crore in the April-June of 2019.