Business   In Other News  27 Jan 2020  Wuhan virus will have no impact on India's economy? Think again
Business, In Other News

Wuhan virus will have no impact on India's economy? Think again 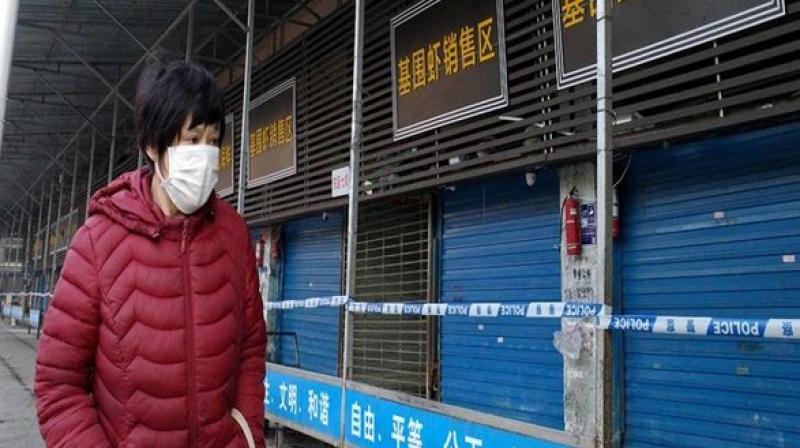 The economic uncertainty resulting from the Wuhan virus outbreak has been mirrored in the markets. (Photo: ANI)

Singapore: The Wuhan virus, now officially called 2019-nCoV, has been scaring a lot of people, especially in East Asia.

Singapore which has close ties with China receives many visitors from the Middle Kingdom. It is therefore not surprising that it was one of the first countries outside of China to report cases of the virus. This has unnerved many residents in the city-state who still vividly remember SARS (Severe Acute Respiratory Syndrome), the last major coronavirus pandemic to sweep the country which resulted in 32 deaths between November 2002 and July 2003.

According to the World Health Organisation (WHO), 8,098 people in 32 countries were affected by SARS with 775 fatalities.

The Wuhan virus is suspected to have first spread from snakes to humans in a seafood and wildlife market in Wuhan, the capital city of Hubei province in late December last year.

As at the time of writing this article, Canada became the 16th country or territory to have reported cases. Countries affected so far include Australia, France, Japan, Nepal, Singapore, South Korea, Taiwan, Thailand, United States, Vietnam, China, and Hong Kong. So far, over 2,000 people have been infected, of which 56 have died.

The situation is expected to get worse with numbers rising before it gets better. How fast normality can be restored will very much depend on how the world reacts, the effectiveness of the control measures and how contagious the virus turns out to be.

Already China has locked down more than 10 cities affected by the virus stopping all forms of public transportation in and out of cities with a high occurrence of the outbreak. Public places and tourist attractions like Shanghai Disneyland, The Great Wall, and The Forbidden City have also been closed. Just over the weekend, China banned domestic group tours and followed that up a day later by stopping international tourist groups from departing from Monday, January 27.

This has come at the worst possible time of the year for Chinese as it coincides with Chinese New Year where hundreds of millions of people make trips to be reunited with their families. It is disappointing for those who have been forced to cancel trips but equally worrisome for others as some who have contracted the virus may already be in another city or country.

Anything of this nature happening in the world's second-largest economy will have a knock-on effect on the global economy for numerous reasons. Here are some.

Firstly, while travel curbs remain in place, travel demand from China will be affected. The tourism sector in Singapore, Thailand, and Hong Kong are expected to be the most vulnerable.

China is India's 8th largest source of foreign visitors with 281,768 Chinese nationals coming to India in 2018 according to the Indian Ministry of Tourism. International tourist on average spends USD 2,698 per trip and on that assumption, Chinese tourists contribute about USD 760 million to the Indian economy.

Consumer confidence could also be affected. A DBS Group research report issued on Friday reported that the 2002 SARS outbreak caused a sharp decline in travel, tourism, and commerce in China, Hong Kong, Singapore, and Taiwan. The loss of GDP for Singapore was estimated to be 0.5 per cent and that for Hong Kong 2.5 per cent.

Indian exports to China have been growing in recent years. Based on the Indian Department of Commerce statistics, China is among the top three countries India exports to. Indian exports to China grew 25.6 per cent to USD 16.75 billion in FY2018-19 from a year ago. It was projected to grow around 4 per cent for FY2019-20. If the virus spread forces people to stay at home for a prolonged period in affected cities in China, retail consumption and demand for raw material for manufacturing are expected to decline. (ANI)

Oil prices have been on the decline of late and with the coronavirus outbreak, it is expected to continue this trend. Futures in New York are down 5.1 per cent last week as travel restrictions continue to expand. Along with the expected fall in Chinese consumption, oil demand will follow. This is tampered by a surprise decrease in US crude stockpiles. Brent crude posted the third weekly drop falling 2.2 per cent to close at USD60.62 a barrel last Friday, January 24. It is down 7.6 per cent for the week and almost 23 per cent down from its 12 month high attained in April last year.

India, which is a major importer of oil, importing some 80 percent of its needs, mostly stands to benefit from this. Lower oil prices mean lower inflation and a lower current account deficit. It will also ease pressure on the rupee as less rupees will be required to buy the oil which is priced in US dollars in the international market. Analysts say that a USD10 fall in oil prices lowers the current account deficit by USD 9.2 billion.

On the other hand, India is the world's sixth-largest exporter of refined petroleum products and earns approximately USD 60 billion from this annually. Fall in demand and prices of oil will negatively impact this value as well as the value of petroleum by-products.

The economic uncertainty resulting from the Wuhan virus outbreak has been mirrored in the markets.

China shares are the worst hit with the Shanghai Composite Index falling 3.3 percent to 2976.53 in a shortened trading week due to the Chinese New Year holidays whereas Hong Kong's Hang Seng index was down 4.2 percent at 27,949.64.

Safe-haven assets like the Japanese yen and gold saw increases, while 10-year US treasury yields touched their lowest point in three months.