Rains take a toll on tea; prices may rise

There have been a drop in prices as well, which are down 34 per cent compared to last year. 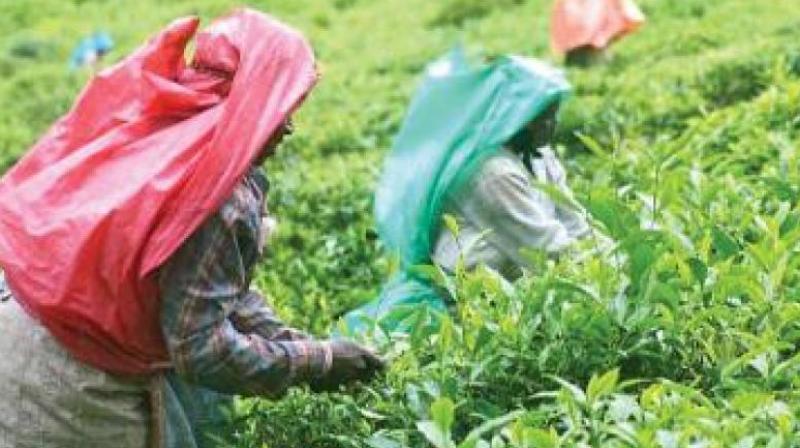 July is known for producing premium quality tea which fetches a good price in the market.

Flood like situation has already affected crop volumes to the extent of 15 per cent in July and tea production in Assam is expected to decline 8 per cent this year owing to heavy rainfall and floods, top planters, said. The figures have also been more or less corroborated by Indian Tea Association officials.

July is known for producing premium quality tea which fetches a good price in the market. Going by what ITA officials have to say tea output in North Bengal in July may eventually be lower by around 20 per cent to 25 per cent. In Assam also crop losses can actually be higher in some pockets. For instance, the tea estates located close to the Brahmaputra river have been flooded and the crop loss may be as high as 15 per cent, particularly in these estates. Tea producers in Darjeeling, in the Himalayan foothills, saw good yields in the first flush but now face lower prices as the second flush gets underway.

There have been a drop in prices as well, which are down 34 per cent compared to last year. This can, among other factors, be also attributed to the 108-day strike in 2017 that led many retailers to switch from Darjeeling to other tea origins, which include high-grown Sri Lankan teas, Indonesian teas, and those from Nepal which are cheaper and have a taste profile very close to the teas produced in the 87 gardens in Darjeeling. Output is expected to fall well below the 8.5 million tonne normally harvested.

Although planters are upset over the loss of crop, black tea prices may move up in the coming months as there will be less supply. Prices of common variety black tea or CTC have remained depressed.