Business   In Other News  28 Jul 2020  IndiGo slashes pay up to 35% for senior employees
Business, In Other News

IndiGo slashes pay up to 35% for senior employees

From May onwards, IndiGo had implemented pay cuts of up to 25 per cent for its senior employees 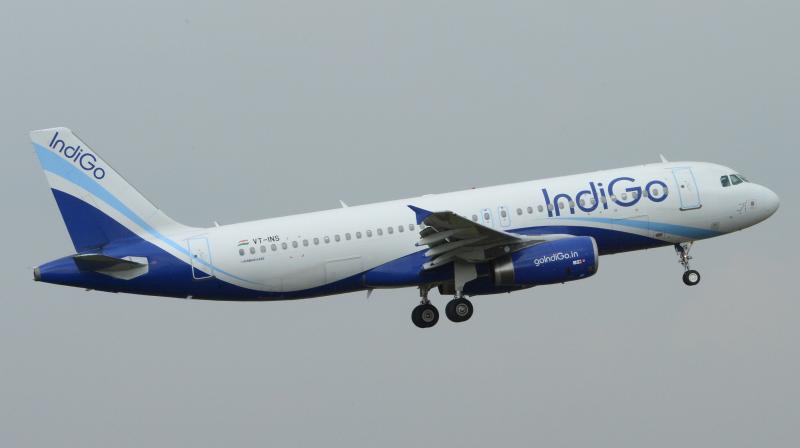 IndiGo announces 'deeper' pay cuts of up to 35 per cent for senior employees. (AFP Photo)

New Delhi: IndiGo on Monday said it is implementing "deeper" pay cuts of up to 35 per cent for its senior employees in order to reduce its cash outflow amid the coronavirus pandemic.

From May onwards, IndiGo had implemented pay cuts of up to 25 per cent for its senior employees.

The "deeper" pay cuts came after the airline's announcement on July 20 that it would lay off 10 per cent of its workforce due to the economic crisis caused by the pandemic.

These increased pay cuts will come into effect from September 1, he added.

The aviation sector has been significantly impacted due to the travel restrictions imposed in India and other countries in view of the coronavirus pandemic. All airlines in India have taken cost-cutting measures such as pay cuts, leave-without-pay and lay-offs in order to conserve cash.

In May, IndiGo had also cut the salaries of Band D employees and cabin crew members by 10 per cent, and of Band C employees by 5 per cent.

Dutta's Monday announcement does not affect the cuts instituted in the salaries of Band D employees, Band C employees and cabin crew members in May. Moreover, no cuts were announced on Monday for Band B and Band A employees.

IndiGo in May had also implemented a compulsory leave without pay (LWP) scheme for its employees for up to five days per month. In August it was increased to 10.5 days per month.

Dutta said on Monday, "We are not making any changes for August LWP and from September each department will decide on the LWP for each month based on workloads and staffing levels."

"You can expect a direct communication from your department head on LWP each month. It is my earnest hope that the environment is conducive enough for us to add capacity back quickly and reduce LWP to zero," he added.

India resumed domestic passenger flights from May 25 after a gap of two months due to the coronavirus pandemic. However, the airlines have been allowed to operate only a maximum of 45 per cent of their pre-COVID domestic flights.

Occupancy rate in Indian domestic flights has been around just 50-60 per cent since May 25.