A French hacker posted what he said was Sharma’s 'personal address, phone number and his alternate phone number'. 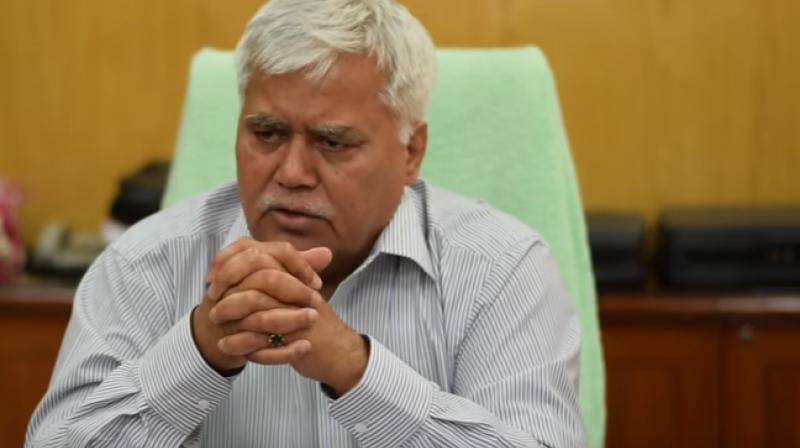 The challenge by Sharma had garnered over 1,000 retweets, and 1,600 likes by Sunday morning. (Photo: File)

New Delhi: Taking the Aadhaar-privacy debate to a new level, Trai chairman R.S. Sharma on Saturday disclosed his Aadhaar number on Twitter and challenged activists to show how public disclosure of  it could harm him.

Soon, a French security expert, who goes by the nickname Elliot Alderson started posting what he said was Mr Sharma’s “personal address, phone number linked with the Aadhaar number given, and his alternate phone number and even Pan card details.” He even claimed that no bank account was linked to the Aadhaar number he posted. However, Mr Sharma was dismissive about them, claiming that ethical hackers who are against Aadhaar, are not as good as they claim to be.

It all started when a user on Twitter challenged the Trai chief on Twitter over his comments on the sanctity of personal information stored in the Aadhaar database. “My Aadhaar number is XXXXXXXXXXXX. Now I give this challenge to you: Show me one concrete example where you can do any harm to me,” tweeted Mr Sharma.

Earlier in an interview to a news website, Mr  Sharma had said that Aadhaar does not violate privacy and the government has a right to create such a database of residents since it gives subsidies.”Tell me what harm can you do to me if you have my Aadhaar details? I will give you my Aadhaar number if you like,”  he said.

In response to the interview, one of the Twitter users asked the Trai chairman to “walk the talk” and publish his Aadhaar details in public if he had so much faith in this “secure system.” However, soon people on Twitter started speculating Trai chief’s details.

A French security expert, who goes by the nickname Elliot Alderson started posting what he claimed to be Mr Sharma “personal address, phone number linked with the Aadhaar number given, and his alternate phone number and even Pan card details.” However, he blacked-out most of the details.  Some Twitter users posted Mr Sharma’s voter ID details and his address and even one personal picture supposed to be his Whatsapp profile.  “People managed to get your personal address, DoB and your alternate phone number. I stop here, I hope you will understand why make your Aadhaar number public is not a good idea,” Mr Alderson wrote. However, Mr Alderson claimed that no bank account was linked with the Aadhaar number provided by Mr Sharma. But Mr Sharma refuted Mr Alderson claim.

“Looks like you are not as good as you claim to be! All my bank accounts are linked to Aadhaar. Further, even if you know my bank account number, so what!,” tweeted Trai chief. Mr Sharma said he did not challenge activists for phone number. “I challenged them for causing me harm! So far no success. Wish them luck,” said Mr Sharma. He said that voter list is available in public and given to all political parties at the time of elections. “The purpose of this (challenge) is to debunk the theory that Aadhaar compromises the privacy of the person,” he said.

Trai chief who will be retiring next week is supposed to be front runner of “Data Protection Authority” an agency which would look at enforcement and implementation of the new data protection law. He was the  first director-general of the Unique Identification Authority of India or UIDAI in 2009 to issue Aadhaar numbers.