Govt gets Rs 9,682 cr from Macquarie for managing 9 toll plazas of NHAI

Macquarie was among the four bidders to win the first bundle of the TOT contract of NHAI. 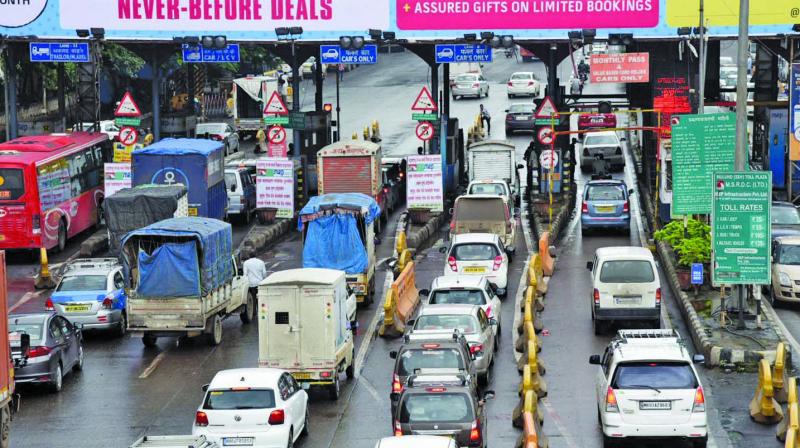 Macquarie group's infrastructure funding arm on Wednesday made an upfront payment of Rs 9,681.50 crore to the government to operate nine stretches of NHAI under a new toll collection policy.

NHAI has identified 75 NH stretches across the country for awarding contracts to a third party under the TOT model.

It will manage and collect toll from nine stretches of NHAI -- 5 in Andhra Pradesh and 4 in Gujarat -- for a period of 30 years against the upfront payment of about Rs 9,682 crore to the government.

Macquarie was among the four bidders to win the first bundle of the TOT contract of NHAI.

"India needs foreign investment for its infrastructure sector and our department has successfully brought about this TOT model. The handing over of first bundle under TOT will encourage more such awards in coming days and we will invest the money received to boost infrastructure in the country," he said.

The TOT model is a good means to invite foreign investment in infrastructure sector to build roads in the country, he added.

"We can now think about implementing this TOT model in Ganga river also. Likewise it can be implemented in other infrastructure sectors as well," the minister said.

Private sector Yes Bank had partnered with Macquarie under a pre-bid agreement to be a funding partner.

"As a lead banker, we will form a consortium of banks/financial institutions to fund around Rs 5,500 crore to Macquarie in this TOT model," Yes Bank Group President & National Head for Corporate Finance Infrastructure Banking Vinod Bahety said.

Macquarie's Goyal said, "We would not just look at TOT in roads but in other sectors also, it will be quite interesting for long term investors like us."

The Sydney headquartered diversified financial conglomerate is an investor in India since 2009.

It has invested close to USD 2.5 billion in India in various sectors including renewable energy, telecom towers, airports and power plants.