Business   In Other News  29 Aug 2018  PM Modi urges people not to spread dirt through social media
Business, In Other News

The BJP has always rejected the charge and its supporters have argued that they are often a target of abuses by their rivals. 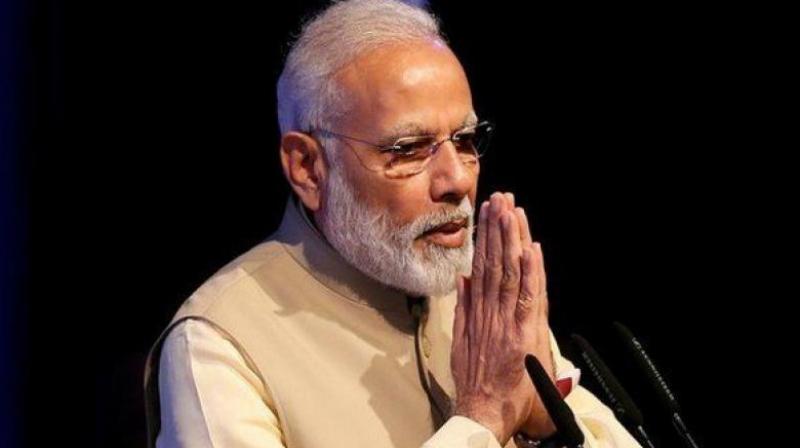 Prime Minister Narendra Modi on Wednesday urged people to not use the social media to spread dirt, saying the issue was not about any ideology but simply does not behove a decent society.

New Delhi: Prime Minister Narendra Modi on Wednesday urged people to not use the social media to spread dirt, saying the issue was not about any ideology but simply does not behove a decent society.

In a video interaction with Bharatiya Janata Party workers and volunteers from Varanasi, his Lok Sabha constituency, Modi said everybody should train themselves to never use social media platforms to "spread dirt" but the many good things that are around them.

Replying to a question, he said, "People at times overstep the bounds of decorum. They hear or see something false and forward it. They don't notice that how much damage they are doing to society. Some people use such words that do not behove any decent society. They say or write anything about women."

He then continued, saying that the issue is not about any political party or ideology. It is about 125 crore Indians and everybody should train themselves for never spreading dirt through the social media but share good things around them, the PM said.

Cleanliness project is also about mental cleanliness, he said.

Use of foul language or abuses on social media has often divided opinions among political parties with BJP's rivals accusing its supporters or those aligned to right wing ideology of using invectives against those they don't like.

The BJP has always rejected the charge and its supporters have argued that they are often a target of abuses by their rivals.

In the interaction with party workers, Modi stressed on the need to create an atmosphere of positive news about the country and share information that strengthens the society as he lamented that a quarrel between two families in a 'mohalla' becomes a national news nowadays.

He called for sharing videos highlighting the "changing face of India", saying the country is now witnessing "historic and unprecedented" progress.

Modi said every village in India has now electricity, schools and toilets while the country has become the largest manufacturer of mobile phones.

"These developments will fill every Indian with pride," he said.

Speaking about the development work carried out by his government in Varanasi, Modi said change is visible from roads to railways station to its airport and that it is committed to the holy city's progress.

He asked locals to work to ensure that visiting people of Indian origins during the 'Pravasi Bharatiya Divas' during January 21-23 in 2019 witness the best of Indian culture.

He also urged them to contribute to cleanliness drive during 'Swachhta hi Sewa' (Cleanliness is service) campaign from September 15 to October 2, the birth anniversary of Mahatma Gandhi.

Modi also spoke about measures being taken by his government to make the region a health hub and also referred to 'Ayushman Bharat', a health insurance scheme that aims to provide cover to over 10 crore families.