In a survey by job portal Indeed, 92 per cent of the employers cited difficulty in attracting new talent 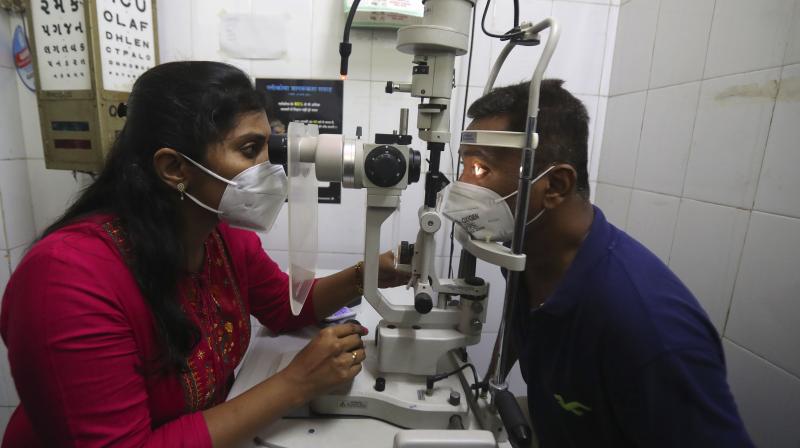 A doctor examines a man for the symptoms of mucormycosis at a government hospital in Mumbai, May 25, 2021. (Photo: AP/File)

Chennai: Amidst the pandemic, the healthcare industry is facing a manpower challenge, with high attrition and high levels of burnout.

In a survey by job portal Indeed, 92 per cent of the employers cited difficulty in attracting new talent and lower productivity as their top challenges, while 68 per cent pointed to absenteeism, 56 per cent to high attrition and 48 to low employee morale as the main issue plaguing their organisation.

Many healthcare workers experienced at least one health issue. Indeed’s data revealed anxiety among 60 per cent of the employees; depression among 45 per cent; physical stress among 47 per cent; and burnout among 26 per cent of the survey participants.

Weary healthcare workers—more than half (53 per cent) of them—said that one could not take long leaves during the pandemic despite 49 per cent of their employers proactively offering them long leaves.