Adi Godrej said goverment's move for demonetisation should be good from long-term point of view. 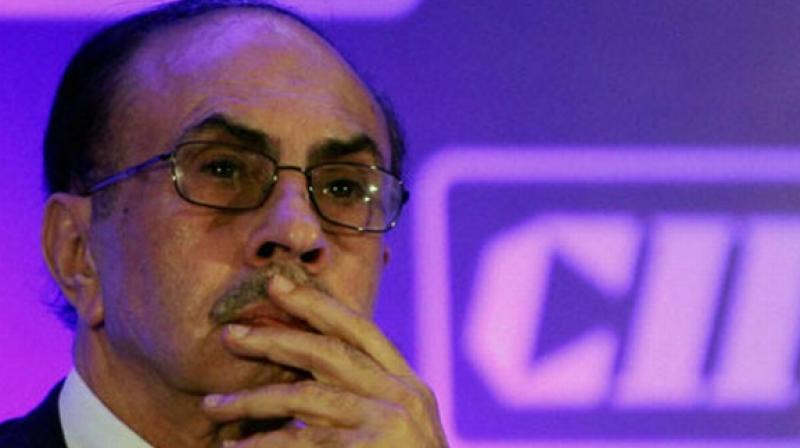 The government controls in business, he said, breed corruption and this can be tackled by doing away with the practice of seeking permission at every step. In an interview to PTI, the chairman of the Godrej Group made a strong case for bringing down direct and corporate taxes to reasonable and modest levels to boost compliance.

Backing the government's demonetisation move, he said it should be good from medium to long-term point of view. He said further: "Clearly, it will be a lesson for people, it will lead to more probity in future and I think in the middle to long-term, it will be good.

I don't think it will fully eliminate black money, but it will clearly add to people avoiding black transactions in future." One of the things that need to be done to prevent accumulation of fresh black money is that direct tax levels in India should be brought down, Godrej added.

"Whenever taxes are high, people try to avoid them. If taxes are reasonable and modest, then people don't deal in black money. CII (Confederation of Indian Industry) has recommended that corporate tax level in India should be brought down to 17 per cent," he said.

If you break the rules, you should be prosecuted. But this case-by-case permission is something which we should get away from," he said. Godrej supported the idea of state funding of elections.

"I am in favour of elections being financed by the government. Then, nobody (political party) can claim they need funds for elections," he said. He appeared to indicate that the abolition of licence permit raj in 1991 and the upcoming GST regime are bigger reforms.

"I don't think you can compare. 1991 was a huge reform. This (demonetisation) is also a major issue. But the GST reform will be much more important than this one (demonetisation) to my mind," Godrej said.