The basic framework of these cases have some common features, tax department officials said. 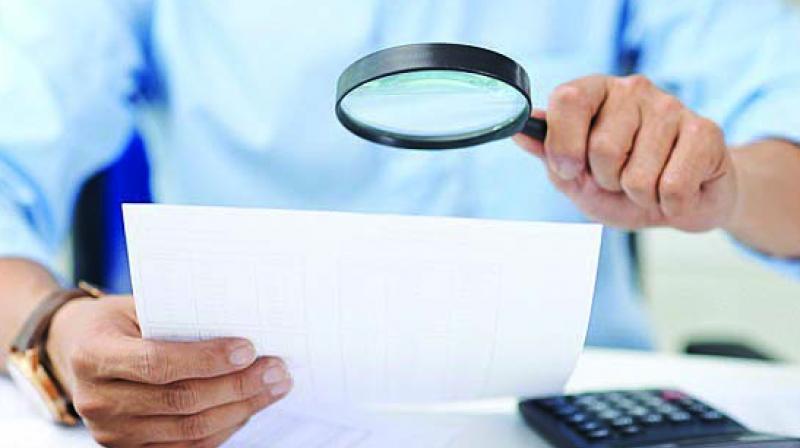 This aspect is exploited and it promotes the generation of fake invoices to claim input tax credit.

Kolkata: Tax sleuths across the country are girding up their loins to put checks and balances on growing cases of fake invoices in GST—fake B2B invoices and fake E-way bills— which are depriving State exchequers of increasingly larger amount.  The basic framework of these cases have some common features, tax department officials said.

“The fake invoices are mainly B2B invoices. Here a seller sells a product to the genuine buyer (say A), without raising an invoice. The products in question are generally intermediate goods (that are processed to make the final product) like plastic granules or metals, for which there is high demand but few suppliers. As no invoices are raised and no GST is collected in this transaction, this is the first leg where government loses its revenue,” these officials pointed out.

“Buyer A undertakes further sale of these goods without raising invoices. It may also collect GST from its buyer but may forgo this credit from the input tax, given that it is already earning huge profit and thus feels no need to set off his output tax or evade it,” they added.

It is known that every registered person (subject to conditions) can take credit of input tax on supply of goods or services to him, which are used or intended to be used in course or furtherance of business. Input tax credit can be used to offset the input tax with output tax. This aspect is exploited and it promotes the generation of fake invoices to claim input tax credit.

Explaining the modus operandi, Arupa Banik, a young chartered accountant, said, “The seller enters into an agreement with another buyer (say B), who wants to evade GST and thus needs input tax credit (ITC), which is not actually due to him. Buyer B transfers the funds (as mentioned in the fake bills) through RTGS to the account of the seller. The seller, in turn, reimburses this amount to B in cash. The seller earns a commission from this bogus transaction, while Buyer B earns a net profit (amount of GST evaded in the form of ICT availed of, less the commission paid to the seller). Thus, the whole racket enriches the two unscrupulous parties, while leaving the government deprived of its revenue.”

GST officials are also perturbed and are working on ways to curb raising fake invoice bills. “This is the issue of generation of fake e-way bills with the names of transporters, who are non-existent or not in business any longer. Since in most cases, the seller and the buyer B are in different states, to make the entire picture look real, the seller generates an e-way bill and furnishes details with respect to the fake consignment on the common GST portal and includes the name of a dummy transporter in the e-way bill,” said Banik.

The tax officials need to be more vigilant with respect to those bills which involve a consignment of exorbitant amount or where the volume and frequency of transactions are unusually high. The transporters mentioned in these e-way bills may be summoned and interrogated, which can help the department to track down the real defaulters and break through this whole sham transaction, she felt.