Business   In Other News  30 Mar 2018  Govt disposes of 7 lakh tonne pulses from buffer stock
Business, In Other News

The government, for the first time, in October 2015 decided to create a buffer stock of pulses. 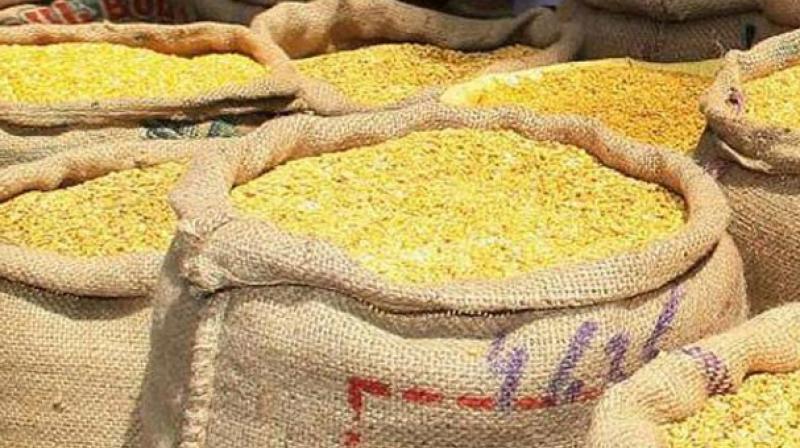 The Centre has disposed of around 7 lakh tonne of pulses so far from a buffer stock of 20.50 lakh tonne.

New Delhi: The Centre has disposed of around 7 lakh tonne of pulses so far from a buffer stock of 20.50 lakh tonne, according to a senior food ministry official.

The government, for the first time, in October 2015 decided to create a buffer stock of pulses through imports and later by domestic procurement to ensure better prices to farmers and to use the stock to augment local supply in times of price rise.

"Around 7 lakh tonne of pulses including tur has been sold so far. The efforts are made in order to clear the old stock and create space for new crop," the official told PTI.

The government is disposing of stocks through e-auction to private traders, army and paramilitary forces as well as states besides for central welfare schemes like mid-day meal.

While the rate at which pulses were procured initially was high, the prices are subdued now in view of a bumper crop. Therefore, the government is disposing of a major chunk of pulses below the market price, sources said.

The country is expected to produce a record 23.95 million tonne in the current 2017-18 crop year (July-June), as against 23.13 million tonne last year mainly because of good rains and higher support prices.