Business   In Other News  30 May 2019  US removes India from currency monitoring list
Business, In Other News

India meets only one out of the three criteria, a significant bilateral surplus with the US in the list. 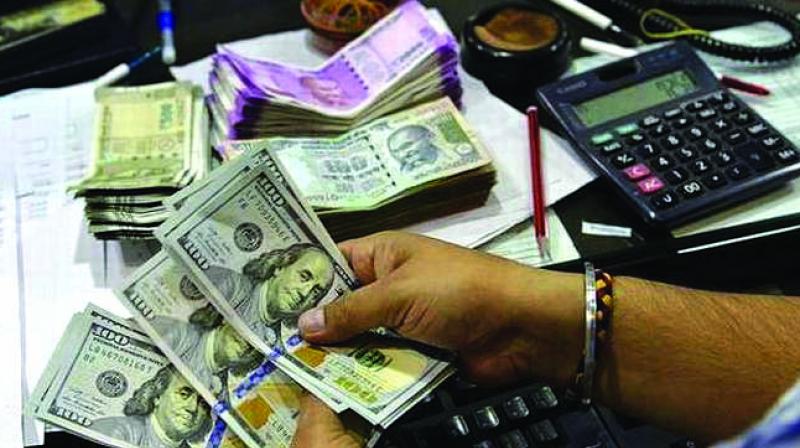 US Treasury Department continues to keep China in the list.

Mumbai: The United States Treasury Department has removed India from its currency monitoring list of major trading partners while continuing to keep China in the list.

In its semi-annual report to US Congress on International Economic and Exchange Rate Policies, the department on Tuesday removed India and Switzerland from its currency watch list of countries with potentially questionable foreign exchange policies. India, along with China, Japan, Germany, Switzerland and South Korea, was placed in the bi-annual currency watch list in October last year.

"India has been removed from the monitoring list in this report, having met only one out of three criteria—a significant bilateral surplus with the US—for two consecutive reports," the Treasury Department said in its latest report.

Ashutosh Khajuria, Executive Director of Federal Bank, said, “This is a welcome move. It means that the US now will not put any restrictions on India’s exports because of the alleged currency manipulator tag.”

The Trump administration last week said that it planned to penalise countries that undervalue their currencies.

The US Treasury report, published twice a year in May and October, warns of any unfair currency practices, and lists three criteria that define an unfair practice. The first is that a country has at least a $20 billion trade surplus with the US. The second criterion is that a country has net foreign currency purchases of at least 2 per cent of GDP over a 12-month period. And the final characteristic is if a country has a current account surplus that's at minimum 3 per cent of GDP. The current account is a measurement of goods, services and investments that go in and out of a country.

Countries that fulfil two out of the three criteria are put on a monitoring list, which increases the risks of trade sanctions from the US and earning the label "currency manipulator." India, however, currently meets only one of those criteria.

Its trade surplus with the US came in at $23 billion in the 12 months to June 2018— higher than the $20 billion threshold. The country's current account deficit and net foreign exchange purchases of $42 billion, or 1.8 percent of GDP, are helping it avoid being placed on the monitoring list for now, the October report had said.

After purchasing foreign exchange on a net basis in 2017, the central bank steadily sold reserves for most of 2018, with net sales of foreign exchange reaching 1.7 per cent of GDP over the year, it said.

India maintains ample reserves according to the IMF metrics for reserve adequacy, the Treasury Department said.

According to the report, India had a significant trade surplus while Switzerland had a material current account surplus. In both Switzerland and India, there was a notable decline in 2018 in the scale and frequency of foreign exchange purchases, the report said.

"Neither Switzerland nor India met the criteria for having engaged in persistent, one-sided intervention in either the October 2018 report or this report. Both Switzerland and India have been removed from the monitoring list," the Treasury said in its report running into over 40 pages.

The US, however, continued to keep China on its watch list, while urging it to take necessary steps to avoid a "persistently weak currency."

US Treasury Secretary Steven Mnuchin in a statement said China's renminbi had fallen against the dollar by 8 per cent over the last year. He also noted that China's trade surplus with the US has also widened (to $419 billion).