Business   In Other News  30 Aug 2020  ASEAN countries, 8 others including India to strengthen regional supply chains
Business, In Other News

ASEAN countries, 8 others including India to strengthen regional supply chains

The ministers have finalized an ASEAN Digital Integration Index, which maps readiness for an integrated digital economy among ASEAN members 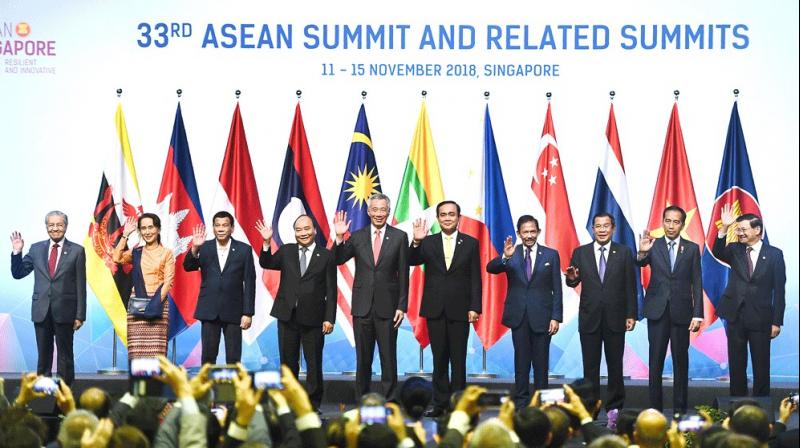 New Delhi: Economic ministers from the 10 ASEAN member states and eight other countries including India have underscored the importance of strengthening regional supply chains to make them resilient and less vulnerable to shocks besides advancing sustainable economic growth.

They reaffirmed their commitment to promote trade and investment, minimise disruptions to trade and global supply chains and facilitate supply chain connectivity, including for essential goods like medical supplies, medicines, including vaccines, food, commodities and other essential supplies and services in the region.

The ministers have also finalized an ASEAN Digital Integration Index, which maps the readiness for an integrated digital economy among ASEAN members.

The ministers also recognised the importance of facilitating the essential movement of people across borders, without undermining each country's efforts to prevent the spread of the virus, to stabilise the trade and investment, according to a joint statement released after the virtual meeting of 8th East Asia Summit Economic Ministers' Meeting (EAS-EMM) held on Friday.

It was chaired by Vietnam's Minister of Industry and Trade Tran Tuan Anh and attended by Minister of Commerce and Industry Piyush Goyal besides economic ministers from Australia, China, Japan, South Korea, New Zealand, the Russian Federation and the United States.

They said the COVID-19 global pandemic has created unprecedented challenges that have caused not only loss of lives but also economic downturn for most countries around the world.

They welcomed the increasing trade and strong investment performance among EAS economies with the combined nominal GDP reaching 51.6 trillion dollars in 2019, marking an increase by 4.1 per cent from previous year.

The ministers also acknowledged the important role of initiatives, which aim to ensure the equitable global distribution of safe and effective COVID-19 vaccines.