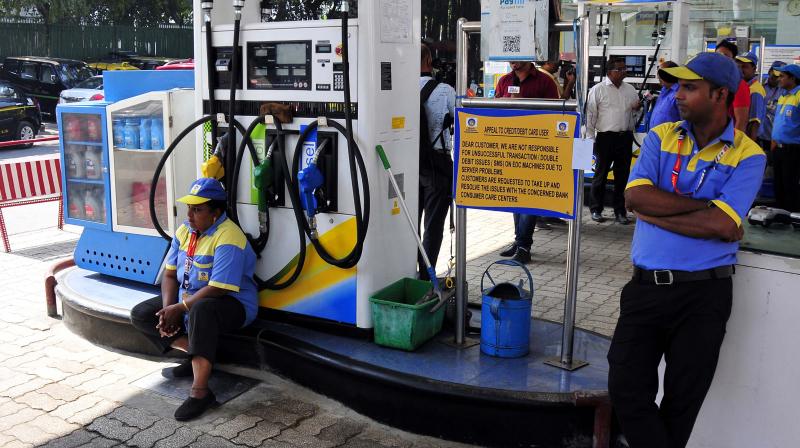 In Mumbai, fuel prices witnessed a marginal decline with petrol now being sold at Rs 85.04 per litre. (Photo: Bunny smith)

New Delhi: The fuel prices continued to witness a downfall on Tuesday with petrol and diesel now being sold at Rs 79.55 and Rs 73.78 per litre in the national capital.

Petrol and diesel witnessed a decrease of 20 and 7 paise respectively in Delhi as compared to the Monday prices.

Fuel prices had earlier witnessed a relentless hike in the country, burning a hole in the common commuter's pocket.

Looking at this, Union Finance Minister Arun Jaitleyon October 4 announced a reduction of Rs 2.50 per litre on both petrol and diesel prices after curbing excise duty on the commodity by Rs 1.50 per litre. He further urged the state governments to reduce the same amount from their end.