Business   In Other News  30 Oct 2018  India on way to becoming 3rd richest country: Mukesh Ambani
Business, In Other News

Ambani said India needs to prepare itself for a period of information and digital abundance. 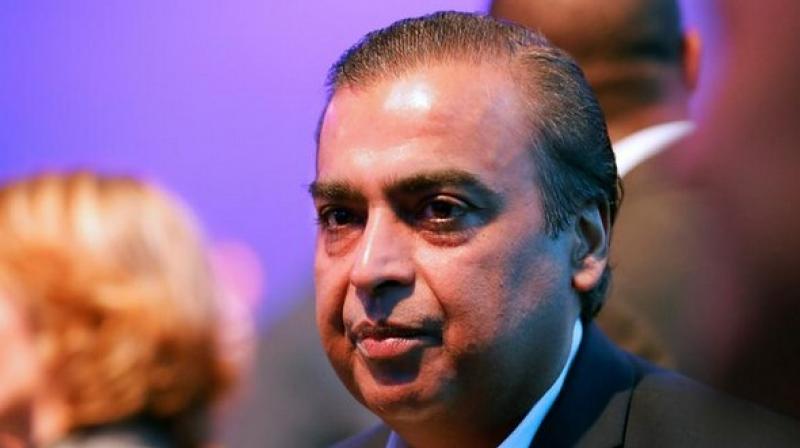 New Delhi: Having missed the first three industrial revolutions, India is now in a position to lead the fourth on the back of its vast tech-savvy young population and is on the way to becoming one of the three richest countries in the world, billionaire Mukesh Ambani said on Tuesday.

Speaking at the 24th MobiCom conference here, Ambani, who heads the oil-to-telecom conglomerate Reliance Industries, said India's digital transformation is "unmatch and unprecedented" after it took leadership position from being 155th in wireless broadband technology adoption in just 24 months.

Back in the 1990s, when Reliance was building its oil refinery and petrochemical projects, India's gross domestic product (GDP) was around USD 350 billion and had just come out of a severe financial crisis.

"Very few in the world thought that our country's prospects were bright. Today our GDP is nearing USD 3 trillion, and India is well on its way to becoming one of the three richest countries in the world," he said.

Ambani, the richest Indian, said mobile computing as a catalyst is driving massive data consumption – and this has given young Indians a fertile ground for disruptive ideas. Cloud computing and networking technologies have used broadband as a foundational enabler – leading to Indian entrepreneurs starting to make a global impact.

"In the next two decades, I can confidently say that India shall be leading the world and shall contribute to the next wave of global economic growth," he said.

"The fourth industrial revolution is now upon us. It is marked by a fusion of technologies straddling the physical, digital and biological worlds," he said.

"I can say with full confidence that India has a chance of not just participating in the fourth industrial revolution, but also leading it." This is possible because the India of today is remarkably different from the India of yesterday.

"India's vast tech-savvy young population is its key strength. Just imagine the kind of connected intelligence India can create if the power of billion-plus minds is combined!," he said.

Also, being a democracy that is run on the model of equitable and inclusive growth, it is openly embracing the digital technologies of tomorrow. It is a rich and fertile ground for entrepreneurship and has emerged as the fastest growing start-up base worldwide, he said.

"Today, the nation is home to the third largest number of technology-driven start-ups in the world. Never before has India witnessed such an explosion of entrepreneurial spirit," he added.

Ambani said India needs to prepare itself for a period of information and digital abundance, adapt itself to the scorching pace of innovation and learn to collaborate on scale, quickly transform the idea into a breakthrough innovation, shift from a system of time-bound education to a mode of continuous learning and create more employment opportunities than what new and disruptive technologies take away.

"We have to groom our children to be digitally-savvy right from school. Schools should train students in 'the four C-s' – critical thinking, communication, collaboration, and creativity. These are the skills required to build the foundation for a sustained leadership in the digital age for India.

"Within a single generation, we can empower and enrich our vast and young human resources to give India a competitive edge in the world," he said. Governments, businesses and civil society organisations should put together an ecosystem for massive upskilling of the workforce, he stated.

"We now have the opportunity to digitally reinvent all sectors of our economy – be it financial services, commerce, manufacturing, agriculture, education, and healthcare. India can leapfrog the competition and lead the world in each of these sectors," he said.

Ambani said there was a pressing need to create a digital green revolution by encouraging adoption of technologies for water conservation, soil management, precision farming and waste reduction to enhance agricultural productivity.

Secondly, there is a need for good quality education to make India's youth a productive asset, he said adding there is also a requirement to make healthcare affordable.

Talking about Reliance Jio, his telecom venture that stormed the industry by combining free voice calls and SMS with cheap data, he said India is ranked quite low at 134th in the global ranking for fixed broadband.

"Jio is determined to move India to among the top 3 in fixed-line broadband, too," he said. "Our state-of-the-art digital infrastructure provides mobile and broadband connectivity across the country, with the largest fibre footprint."

This fibre connectivity will now be extended to homes, merchants, small and medium enterprises and large enterprises simultaneously across 1500 cities to offer the most advanced fibre-based broadband connectivity solutions, he said.