Business   In Other News  31 May 2017  Internet-based education sector to see healthy growth
Business, In Other News

Evolving movement in online education biz are contributing in rise of opportunity. 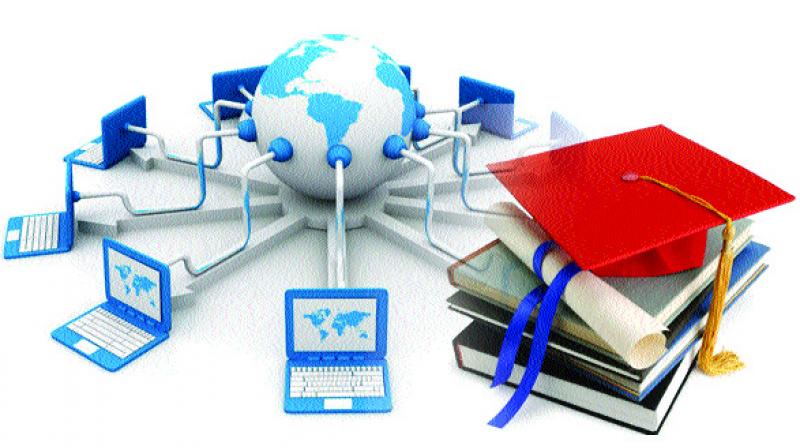 44 per cent of education searches are now coming from tier 2 and tier 3 cities such as Patna, Guwahati, Aligarh and Kota among others.

Mumbai: India’s online education segment is set to become a multi-billion dollar industry by 2021 thanks to the growing influence of the internet on the education sector in the country.

With the increasing penetration of smartphones and improving quality of internet, a study conducted by Google along with KPMG said that the online education sector is likely to grow eight-fold to become $1.96 billion industry by 2021.

According to it, the growth in online searches for education has doubled in last two years while there has been a three-fold growth in searches through mobile devices.

Interestingly, 44 per cent of education searches are now coming from tier 2 and tier 3 cities such as Patna, Guwahati, Aligarh and Kota among others. There has also been a four-fold growth in education content consumption on YouTube in the last one year, the report noted.

Segment wise, the report highlighted that reskilling and online certification is currently the largest. In 2016, it was valued at $93 million, and is expected to grow at a CAGR of 38 per cent to reach $463 million by 2021.

As per the report, the primary and secondary education category has the largest addressable audience with a base of around 260 million when compared to the other categories. Owing to this, the primary and secondary supplementary education segment was the second largest category in 2016, and will grow at a CAGR of 60 per cent to reach $773 million, making it the largest category in 2021.

The test preparation which is a small segment as of today is likely to grow at an impressive CAGR of 64 per cent to become a $515 million category in 2021.

“There are several evolving trends in the Indian online education segment that are contributing to the growth opportunities ahead. These include emergence of hybrid learning channels, continuous need for working professionals to learn new skills as well as emergence of technologies such as big data and artificial intelligence that is enabling online education vendors to design customised content.

At the same time, it will be critical for players to deliver differentiated offerings for consumers to see continued value in online education channels,” said Sreedhar Prasad, partner, KPMG India.