Nifty50 to continue in consolidation mode

The US central bank's Federal Open Market Committee (FOMC) will announce its policy decision on Wednesday. 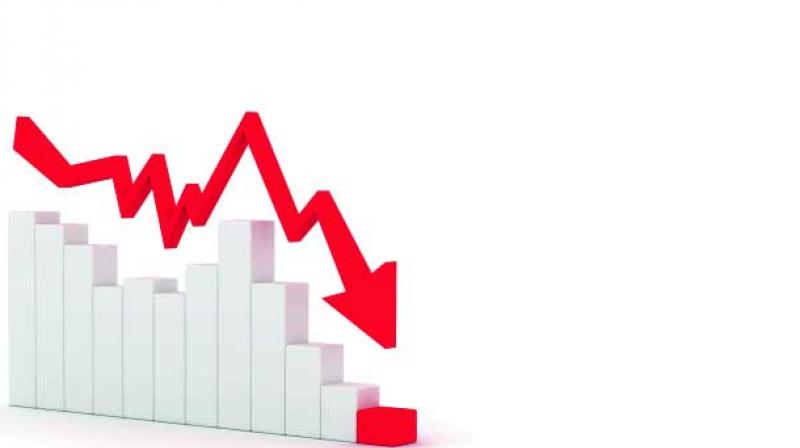 There was heavy selling in the broad market with BSE Mid-Cap and Small-Cap indices ending 1.49 per cent and 0.91 per cent lower respectively.

Sectors like metal, IT, consumer durables and oil & gas saw buying interest, while the top losers were telecom, banks, realty and auto stocks.

Among the auto stocks Hero MotoCorp was down 3.5 per cent, while M&M fell 2 per cent and Maruti Suzuki lost down 2.5 per cent after the carmaker had last week reported a drop in Q4 net profit and gave a weak sales forecast for this fiscal year.

Strong buying was seen in the IT companies, with HCL Tech gaining 4 per cent while Infosys and TCS rose 2 per cent and 1 per cent, respectively.

According to analysts, the Nifty continues to consolidate in the range of 11,550 and 11,860 and the consolidation is likely to continue for few more trading sessions before a breakout is witnessed on the higher side.

"Technically, with the Nifty bouncing back and holding above the crucial supports of 11550, the bulls keep coming back. Further upsides are likely in the near term once the immediate resistance of 11763 is taken out," said Deepak Jasani, Head of Retail Research, HDFC Securities.

"Once Nifty surpasses 11763, we could see a good trended move towards 11800 - 11856. In fact, a move beyond these levels also cannot be ruled out. On the flipside, 11719 - 11655 would now be seen as a sheet anchor for the index," said Sameet Chavan, Chief Analyst-Technical and Derivatives, Angel Broking.

The US central bank's Federal Open Market Committee (FOMC) will announce its policy decision on Wednesday. The US Federal Reserve is done raising interest rates until at least the end of next year, predicted economists polled by Reuters.

Asian shares remained subdued, despite another record high close for the S&P 500, as investors await a US Federal Reserve policy decision for clues of whether it will continue to take a "patient" approach to interest rate policy,

"We expect the markets to remain volatile and range bound in the near term given the earnings outcome and central election progress. On the global front, movement in crude oil prices and currency would be closely monitored by the market participants. Further, the Auto sales numbers for the month of April and outcome of FOMC meet (on May 01) will remain on market radar. Investors' focus should remain on fundamentally sound companies with strong growth prospects. Meanwhile, traders should avoid risky leveraged positions," Jayant Manglik, President - Retail Distribution, Religare Broking Ltd said.