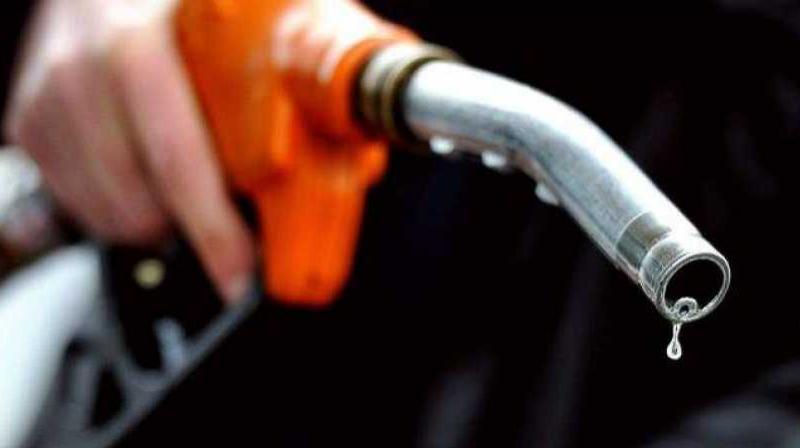 New Delhi: Jet fuel or ATF price on Wednesday was hiked by 7.5 per cent, the third increase in a month, while petrol and diesel rates were unchanged for the second day in a row.

Aviation turbine fuel (ATF) price was hiked by Rs 2,922.94 per kilolitre (kl), or 7.48 per cent, to Rs 41,992.81 per kl in the national capital, according to a price notification by state-owned oil marketing companies.

Simultaneously, non-subsidised cooking gas LPG rates were increased by Re 1 to Rs 594 per 14.2-kg cylinder in the national capital. Prices were up by Rs 4 in other metros mostly because of different local sales tax or VAT rate.

On the other hand, petrol and diesel prices were unchanged for the second day in a row.

This, after diesel rates scaled a new high after prices were hiked 22 times in just over three weeks.

Rates vary from state to state depending on the incidence of local sales tax or VAT.

The cumulative increase since the oil companies started the cycle on June 7 totals to Rs 9.17 for petrol and Rs 11.14 for diesel.