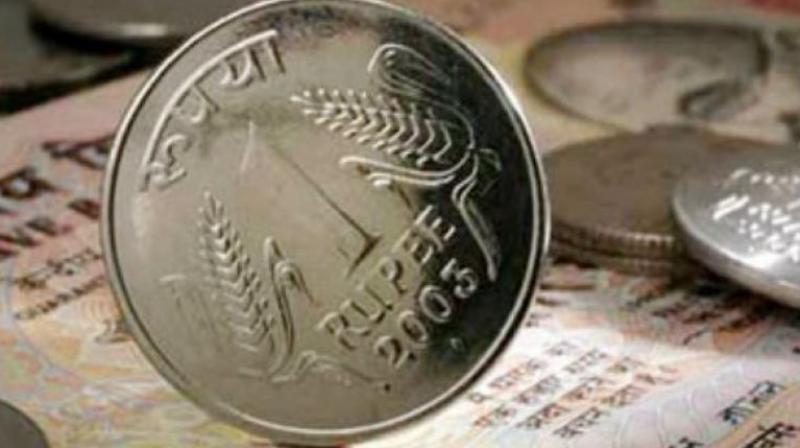 The rupee firmed up by 14 paise to 64.05 against the US dollar on Tuesday.

Mumbai: The rupee firmed up by 14 paise to 64.05 against the US dollar on Tuesday as exporters and banks intensified selling of the American currency.

Dealers said the dollar's weakness against other currencies overseas -- except the Japanese yen -- and a stronger opening in the domestic stock market gave the rupee strength.

On Monday, the rupee had ended 4 paise lower at 64.19, the second straight session loss against the US currency, owing to bouts of month-end dollar demand from importers and corporates.