The thrust on rural and agricultural economy is a certainty in the election year. 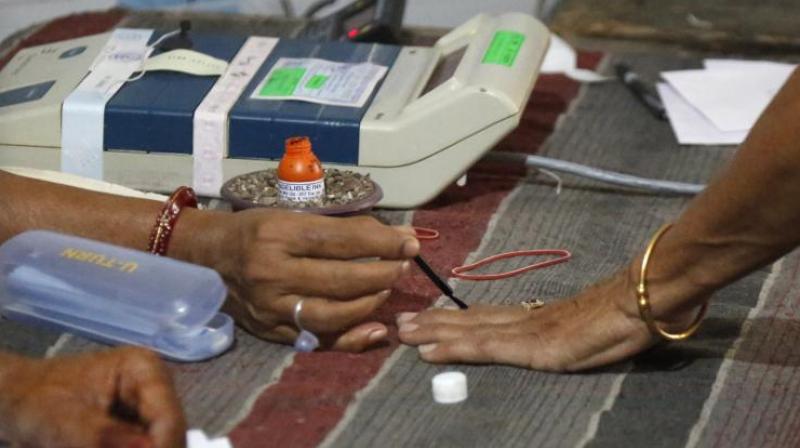 The Indian stock market is expected to remain volatile in the run-up to the general elections due next year and this political uncertainty will limit valuations in the near term as well.

New Delhi: The Indian stock market is expected to remain volatile in the run-up to the general elections due next year and this political uncertainty will limit valuations in the near term as well, says a Nomura report.

The Japanese financial services major, has a Nifty target of 11,380 for December this year. "Our Nifty target of 11,380 is based on a forward multiple of 16x December 2018F earnings," the report said, adding that sector-wise, it is overweight on financials (particularly retail private banks and insurance), autos, oil and gas, infrastructure /construction and healthcare.

The wide-based Nifty is currently hovering around 10,700 points. As per the Nomura report, several political developments have raised investor concerns on the incumbent government coming back to power in 2019.

These include opposition parties attempting to align together to form a third front against the Bharatiya Janata Party, and the BJP's own allies threatening to leave the BJP-led National Democratic Alliance (NDA).

"The Lok Sabha elections due in 2019 are likely to influence market sentiment through mid-2019. A loss for the BJP and the formation of an unstable coalition would hurt valuations, in our view," Nomura said in a research note.

The global brokerage remain positive on earnings growth largely owing to low base of 2017-18. "We project Nifty earnings CAGR of 24 per cent over FY18-20. However, adverse macro conditions along with political uncertainty will limit valuation upside in the near term," it said.

The report further noted that the thrust on rural and agricultural economy is a certainty in the election year and stocks with focus on rural economy and infrastructure development will benefit from this.

"There are signs of a pickup in the rural economy which are reflected in improving volume growth in rural India reported by FMCG companies, improving sales of tractors and automobiles and expanding agri/tractor financing loan book of NBFCs," it said.