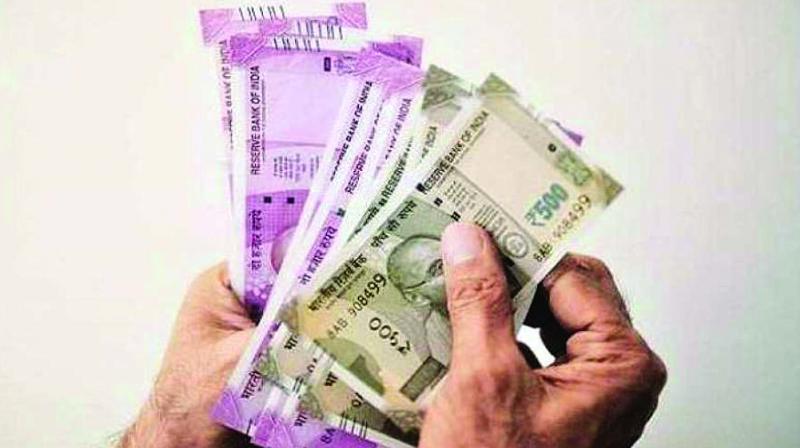 A weak opening in domestic equities and rising demand for the US dollar vis-a-vis other currencies overseas also weighed on the domestic currency.

Mumbai: The Indian rupee opened on a cautious note and fell 28 paise to 71.35 against the US dollar in early trade on Thursday amid rising crude oil prices and unabated foreign fund outflows.

Forex traders said weak opening in domestic equities and rising demand for the US dollar vis-a-vis other currencies overseas also weighed on the domestic currency.

At the Interbank Foreign Exchange, the rupee opened at 71.22 then fell to 71.35 against the US dollar, showing a decline of 28 paise over its previous closing.

The Indian rupee on Tuesday had closed at 71.07 against the US dollar.

Forex market was closed on Wednesday on account of Mahatma Gandhi Jayanti.

The dollar index, which gauges the greenback's strength against a basket of six currencies, rose by 0.02 per cent to 99.04.

The 10-year government bond yield was at 6.62 per cent in morning trade.