Benchmark failed to sustain 30,000 level and slipped into negative territory, ahead of RBI's meet. 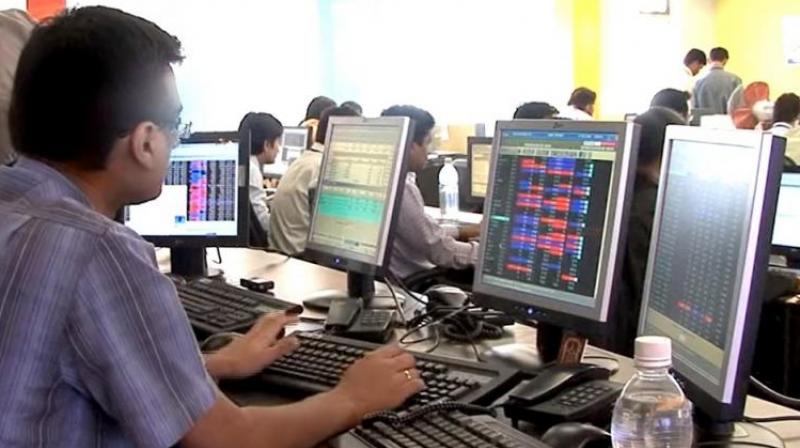 However, the benchmark failed to sustain the 30,000 level and slipped into negative territory, ahead of RBI's Monetary Policy Committee meet later today.

The gauge had rallied by 289.72 points in previous sessions on Monday.
Markets remained closed yesterday on account of "Ram Navami". All the sectoral indices, led by consumer durables and realty, were trading in positive zone with gains up to 2.20 per cent.

On similar lines, the National Stock Exchange index Nifty continued its record-setting spree by gaining another 27.10 points, or 0.29 per cent, to trade at new high of 9,264.95.

Equity brokers said sentiments remained bullish largely on the back of sustained foreign fund inflows coupled with persistent buying by retail investors following the release of the Nikkei India Manufacturing PMI on Friday, which increased to a five-month high of 52.5 in March from 50.7 in February.

Among other Asian markets, Hong Kong's Hang Seng was up by 0.23 per cent, while Japan's Nikkei rose 0.27 per cent in early trade today. Shanghai Composite Index gained 1.11 per cent. The US Dow Jones Industrial Average ended 0.19 per cent higher in yesterday's trade.