Gold futures jumped more than 2 per cent following the budget announcement to hit a record high of 35,100 rupees per 10 grams. 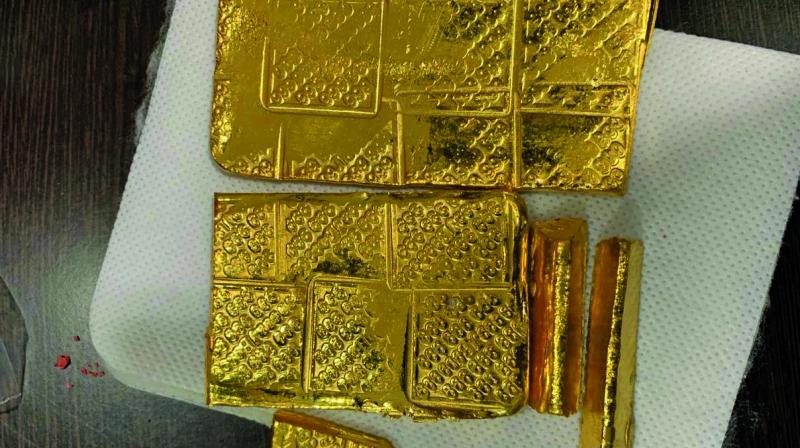 India, the world’s second biggest gold consumer after China, were offering discounts of up to USD 30 an ounce.

Mumbai: Domestic gold prices in India jumped to a record on Friday following an unexpected increase in import duty in the country’s budget, hitting demand and forcing dealers to offer the highest discount in nearly three years.

Dealers in India, the world’s second biggest gold consumer after China, were offering discounts of up to USD 30 an ounce — the highest since August 2016 — over official domestic prices, versus the USD 25 discounts seen last week.

India’s finance minister Nirmala Sitharaman raised the import duties on gold and other precious metals to 12.5 per cent from 10 per cent in her first federal budget on Friday, a move industry officials said could dampen retail demand and boost smuggling.

“Prices are so high that even after offering USD 30 discounts, people are not ready to buy,” Jain said.

Gold futures jumped more than 2 per cent following the budget announcement to hit a record high of 35,100 rupees per 10 grams. Local prices have risen more than 11 percent in six weeks.

Jewellers were not buying because they had expected a cut in import duty, a Mumbai-based bank dealer with a private gold importing bank said.

“Now, everyone is confused. Old inventory is available at steep discounts but demand is weak.”

Demand was lacklustre in other Asian hubs as well, with benchmark spot gold prices having risen more than 10 per cent so far this year.

In China, premiums dipped to an USD 11 to USD 12 an ounce range over the benchmark compared with USD 12-USD 14 last week, as demand remained quiet, traders said.

In Singapore and Hong Kong, premiums remained unchanged from last week at 40-60 cents per ounce and 50 cents-USD 1.20 respectively.

“Gold demand has been slow this week due to high prices but we do see many selling gold instead to take profit,” Brian Lan, managing director at dealer GoldSilver Central in Singapore, said.

A dip of nearly USD 100 in the benchmark prices could stoke demand for physical gold, traders said.

Asian hubs also saw high volumes of scrap gold coming on to the market as customers resorted to selling back gold to cash in on higher prices.

“The refineries in the region are not accepting the high volumes of scraps that we are getting and now have to ship them to Europe,” a Singapore-based trader said.

In Japan, discounts of USD 1-USD 1.25 an ounce were offered versus USD 1 last week, a Tokyo-based trader said.

Demand is limited and more customers have been selling gold back to us, the trader added.