Tata Steel was the top gainer in the Sensex pack, rising around 4 per cent 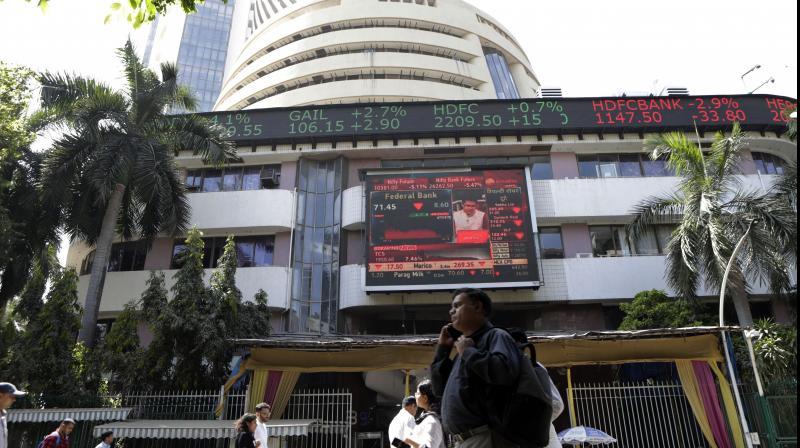 On the other hand, Bharti Airtel, M&M, L&T and Axis Bank were among the laggards.

Consequently, the reverse repo rate will continue to earn 3.35 per cent for banks for their deposits parked with the RBI.

Das said the MPC voted for keeping the interest rate unchanged and continued with its accommodative stance to support growth.

According to experts, market participants cheered the RBI's balanced approach, which is seen in line with expectations that the central bank will be looking at alternate measures such as forward guidance and maintain sufficient liquidity.

On the currency front, the rupee settled flat at 74.94 against US dollar.

In the global market, bourses in Shanghai and Seoul ended with gains, while Hong Kong and Tokyo closed in the red.

Stock exchanges in Europe were also trading on a negative note in early deals.