Gold is trading at Rs 34,180 per 10 gram at the bullion market in the national capital. 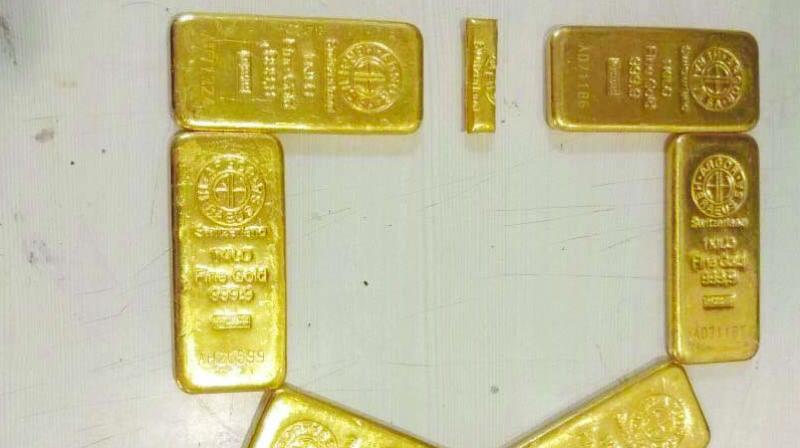 New Delhi: Gold prices on Thursday declined by Rs 270 to Rs 34,180 per 10 gram at the bullion market in the national capital, according to All India Sarafa Association.

Silver, however, gained Rs 120 to Rs 41,500 per kg on increased offtake by industrial units and coin makers.

Traders said, a weak trend overseas resulted in reduced buying by local jewellers which put pressure on the prices of the yellow metal.