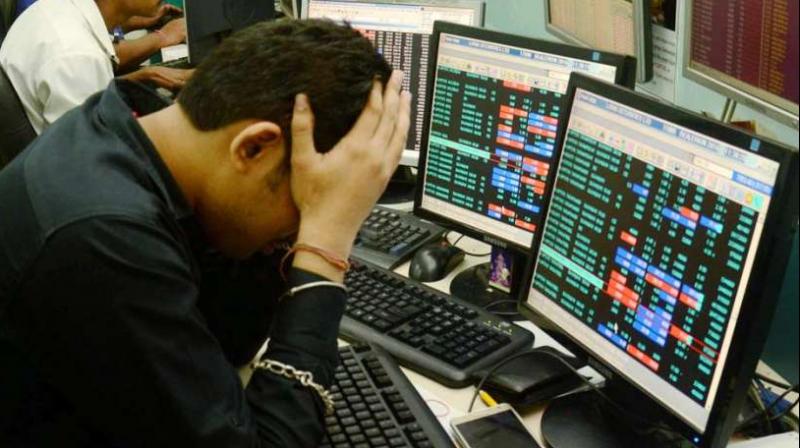 Coronavirus has already had its toll on the Indian indices and the recent RBI's crackdown on Yes Bank has done further damage to the Indian stock market, say experts. PTI photo

Mumbai: The Indian rupee continued its downward journey on Monday, sliding another 16 paise to 74.03 against the US dollar in opening trade, tracking weak opening in domestic equities amid mounting fears of a coronavirus-led economic slowdown.

Though weakening of the American currency in the overseas market and easing crude oil prices supported the rupee, but traders believe there is mounting fears of recession in major economies due to the coronavirus outbreak and this could weigh on the local unit.

The rupee opened weak at 73.99 at the interbank forex market and then fell further to 74.03, down 16 paise over its last close.

The rupee had settled at 73.87 against the US dollar on Friday.

The overall confirmed cases on the mainland reached 80,735 by the end of Sunday which included 3,119 people who have died so far, 19,016 patients undergoing treatment and 58,600 patients discharged after recovery, China's National Health Commission, (NHC) said.

Foreign institutional investors (FIIs) remained net sellers in the capital markets, as they sold shares worth Rs 3,594.84 crore on Friday, as per provisional data.

The dollar index, which gauges the greenback's strength against a basket of six currencies, fell by 0.82 per cent to 95.16.

The 10-year government bond yield was at 6.07 per cent in morning trade.