Stock Market up 5 % from Monday’s low

On Thursday gains were aided by favourable state assembly elections outcome in favour of the BJP in UP, Goa, Uttarakhand and Manipur 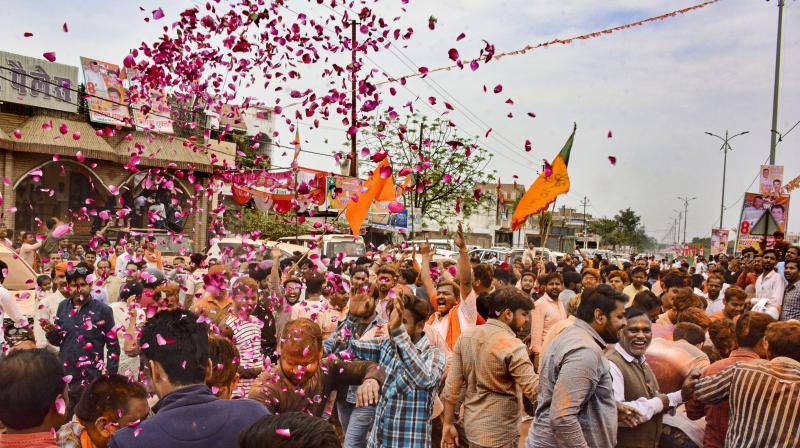 Mumbai: The stock market rose for the third successive day on short covering, with benchmarks Sensex and Nifty-50 gaining 4.9 per cent each from the intra-day lows touched on March 7.

The market saw some profit taking after opening at intra-day high of 56242, a gap of 1595 points from the previous close at 54647 and rising more than 2 per cent for a second consecutive session as international crude oil price eased 5 per cent to $120 per barrel.

On Thursday gains were aided by favourable state assembly elections outcome in favour of the BJP in UP, Goa, Uttarakhand and Manipur.

"Market inched higher for the third successive session and gained over 1.5 per cent, tracking positive global sentiment, easing crude oil prices led to the gap-up opening in the benchmarks. As the day progressed, sentiments got a boost also from state elections outcome as trends indicated a clear majority to the BJP in four states out of five, showing political stability," Ajit Mishra, VP-research, Religare Broking, said.

The gains were also aided by relatively less selling by foreign portfolio investors of equities worth Rs 1,981.15 crore.