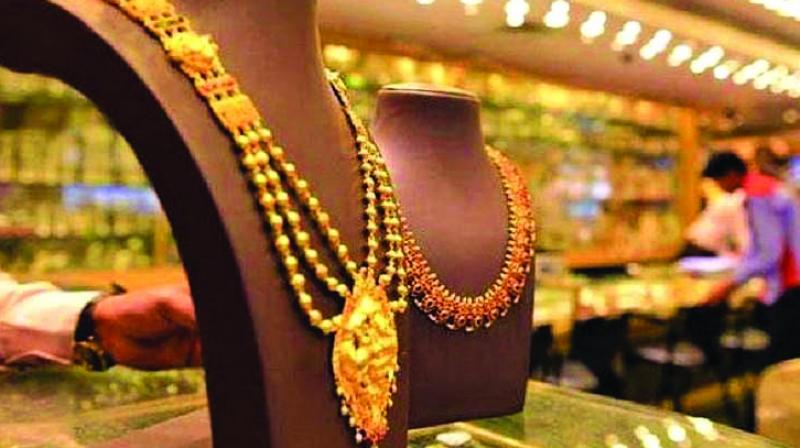 The trade war has roiled financial markets and spurred fears of a global economic slowdown, pushing the precious metal up 14 per cent this year.

Gold prices rose on Monday, after touching a three-month low in the previous session, on lingering concerns over the US-China trade deal and the prospect of a slowing global economy.

“Gold prices are pretty low now and investors are taking this opportunity to take positions in the safe-haven metal as there is still an upside to it, considering the concerns over the trade war and global economy,” said Brian Lan of Singapore dealer GoldSilver Central.

Trade talks with China were moving along “very nicely,” US President Donald Trump said on Saturday, but the United States would only make a deal with Beijing if it was the right deal for America.

Washington and Beijing had agreed to roll back tariffs as part of the first phase of a trade deal, but Trump later denied any such agreement.

The trade war has roiled financial markets and spurred fears of a global economic slowdown, pushing the precious metal up 14 per cent this year.

Now, only a trade deal falling through can have the momentum to push prices back to the $1,500-level, Lan said.

Fanning concerns over global growth, the Chinese producer price index (PPI), seen as a key indicator of corporate profitability, fell 1.6 per cent in October from a year earlier, its steepest decline since July 2016, data showed, outstripping analysts’ expectation for a contraction of 1.5 per cent.

“Gold’s next technical support is at USD 1,450, after which the charts open wide until USD 1,400 an ounce,” OANDA analyst Jeffrey Halley said in a note.

Asian shares sank on Monday as uncertainty still remained over whether the United States and China could end their damaging trade war.

Meanwhile, chaos erupted across Hong Kong a day after police opened fire to break up demonstrations that are entering their sixth month.