Gold is trading at Rs 32,850 per 10 gram, registering its second day of decline due to subdued domestic demand. 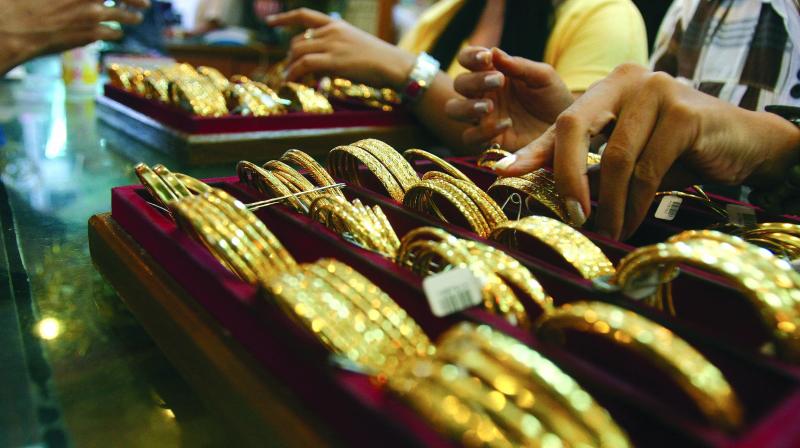 New Delhi: Gold prices on Friday fell Rs 170 to Rs 32,850 per 10 gram, registering its second day of decline due to subdued domestic demand, according to the All India Sarafa Association.

Silver also followed gold by declining Rs 350 to Rs 38,200 per kg on decreased offtake by industrial units and coin makers.

Traders said reduced demand from local jewellers as well as retail buyers led to the fall in gold prices.

However, in the international market, spot gold was trading marginally higher at USD 1,295.50 an ounce, while silver was up at USD 15.13 an ounce in New York.

On Thursday, the yellow metal had fallen by Rs 50.

However, sovereign gold held steady at Rs 26,400 per piece of eight gram.