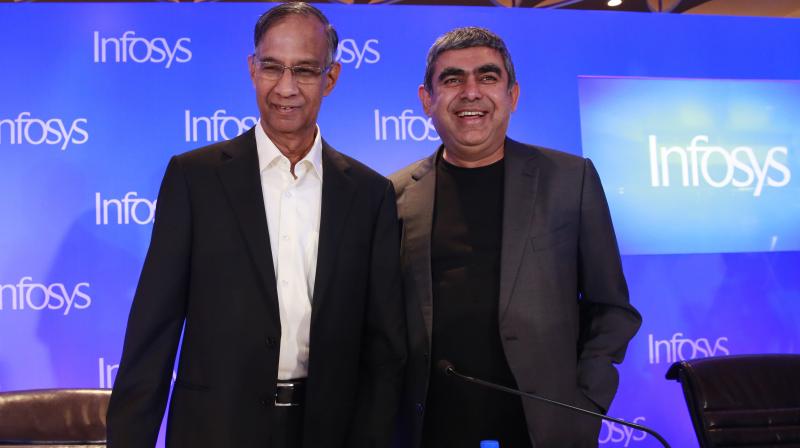 Infosys Chief Executive Officer Vishal Sikka, along with Chairman of the Board R Seshasayee. (Photo: AP/File)

On the volume front, 15.53 lakh shares of the company were traded on BSE and over one crore shares changed hands on NSE during the day.

The country's second-biggest software exporter today announced plans to return Rs 13,000 crore from its cash pile to shareholders after it reported an almost flat net profit in the March quarter and sales outlook that fell short of estimates.

It will begin to pay 70 per cent of annual free cash flow as dividend compared to a previous policy of sharing up to half its post-tax profit. For the January-March quarter, Infosys reported a 0.2 per cent rise in consolidated net profit at Rs 3,603 crore while revenue grew 3.4 per cent to Rs 17,120 crore.