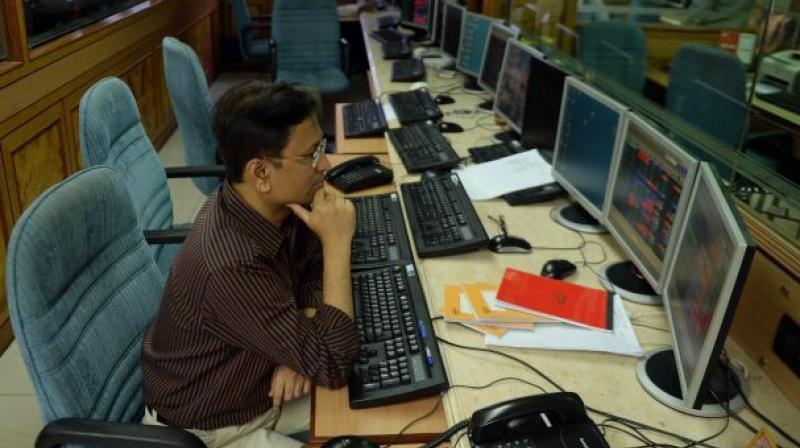 The 30-share index opened lower before slipping further when Infosys results raised concerns about others to follow.

Mumbai: Technology stocks took a beating today after Infosys' share buyback plan and revenue outlook failed to move investors as the Sensex dropped 182 points to a three-week low and the Nifty broke below the 9,200-mark.

On top of it, disappointing macro numbers and persisting military concerns relating to the Korean peninsula and the West Asia pulled down the indices.

The 30-share index opened lower before slipping further when Infosys results raised concerns about others to follow.

The IT index bore the brunt after Infosys revenue guidance and plan to return cash to shareholders fell short of the crease.

Market mood also dampened after government data, which were released after trading hours yesterday, showed industrial output slipped to a 4-month low, contracting 1.2 per cent in February, and retail inflation jumping to a five-month high of 3.81 per cent in March.