ICICI Bank was the top gainer in the Sensex pack, surging around 7 per cent 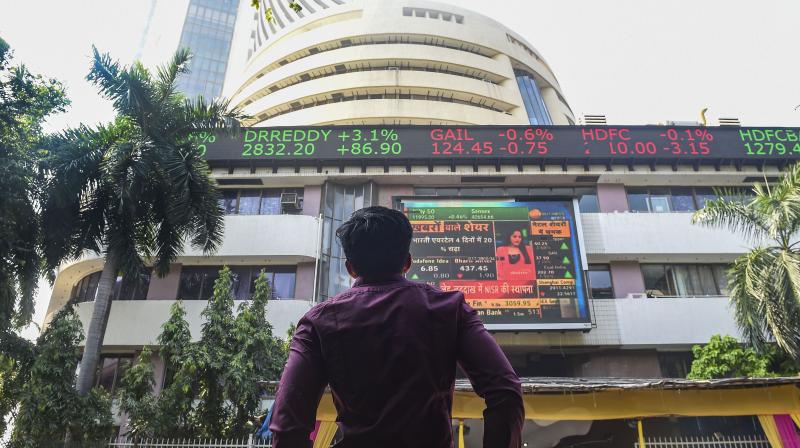 On the other hand, Nestle India, Bharti Airtel, Sun Pharma and Reliance Industries were trading in the red.

According to analysts, domestic investors cheered the government's massive stimulus package to revive the pandemic-stricken economy.

The Prime Minister on Tuesday announced massive new financial incentives on top of the previously announced packages for a combined stimulus of Rs 20 lakh crore.

He said the package will be around 10 per cent of the GDP and "will play an important role in the 'Atmanirbhar Bharat Abhiyan' (self-reliant India campaign).

The special economic package will have emphasis on land, labour, liquidity and laws, and will be for "our labourers, farmers, honest tax payers, MSMEs and cottage industry", Modi said.

Meanwhile, bourses in Shanghai, Hong Kong, Tokyo and Seoul were trading with losses as fears of a second wave of coronavirus infections gripped global markets.

On Wall Street, stock exchanges settled on a negative note.

Globally, the number of cases linked to the disease has crossed 42.61 lakh and the death toll has topped 2.91 lakh.