Tech Mahindra was the top laggard in the Sensex pack, cracking over 5 percent 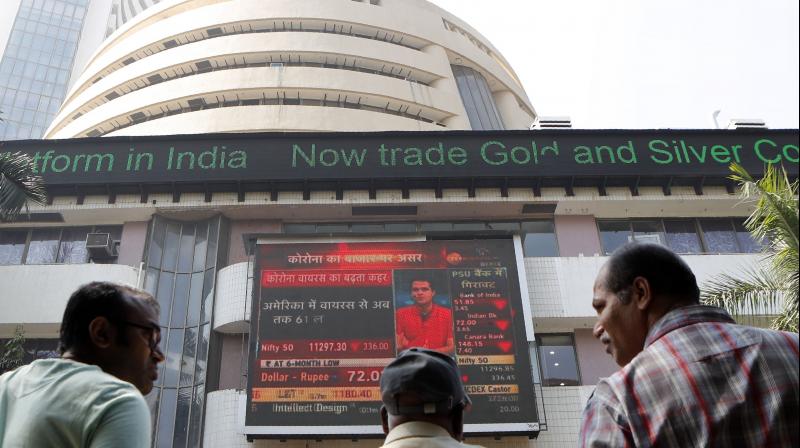 Further, market players were disappointed as the immediate spend out of the government's Rs 20 lakh crore fiscal stimulus package was seen to be relatively small, raising doubts about the revival of growth any time soon, experts said.

Tech Mahindra was the top laggard in the Sensex pack, cracking over 5 per cent, followed by Infosys, HDFC, IndusInd Bank, Reliance Industries and NTPC.

Further, investor reaction to the first set of measures in the relief package announcement by Finance Minister Nirmala Sitharaman was mixed and traders await follow up announcements, he noted.

"During the afternoon session, market further weakened as truncated WPI data added to the pessimism," he said.

As per data released by the Commerce and Industry Ministry, wholesale price index (WPI) deflation in primary articles was 0.79 per cent in April, as against an inflation of 3.72 per cent in March.

The fuel and power basket saw a deflation of 10.12 per cent in April, against 1.76 per cent deflation in the previous month.

Meanwhile, Asian markets were in the red after the World Health Organization warned that the coronavirus "may never go away".

On top of that, US Federal Reserve chief Jerome Powell warned of a "highly uncertain" outlook for the world's top economy.

Bourses in Shanghai, Hong Kong, Tokyo and Seoul closed with losses. Stock exchanges in Europe were also trading on a negative note in early deals.

On the currency front, the rupee slipped 10 paise to provisionally close at 75.56 against the US dollar.

Globally, the number of cases linked to the disease has crossed 43.47 lakh and the death toll has topped 2.97 lakh.