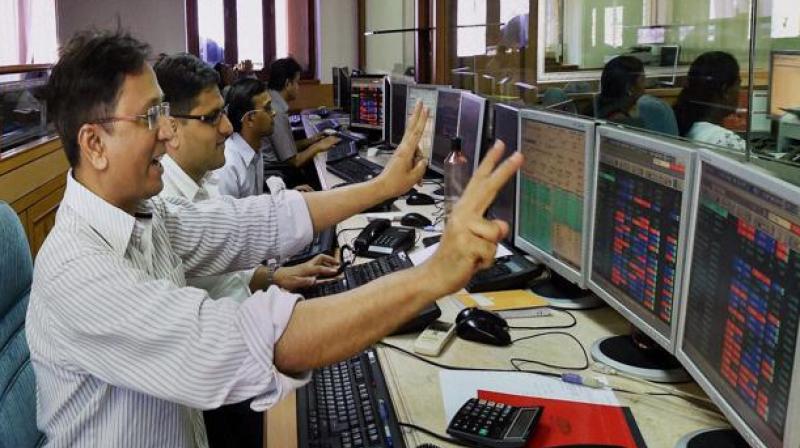 Brokers during a trading session at BSE. (Photo: PTI).

Mumbai: The BSE Sensex recovered about 191 points in opening trade today, breaking its five-session losing streak, on value-buying by investors despite industrial production entered the negative territory in June.

Short-covering in recently beaten down stocks by speculators and a mixed trend on other Asian bourses, tracking weekend gains in the US markets, influenced trading sentiment, brokers said.

Meanwhile, Industrial production (IIP) entered the negative territory in June, contracting by 0.1 per cent mainly due to decline in manufacturing and capital goods sectors.

Among other Asian markets, Hong Kong's Hang Seng was up 1.10 per cent, while Japan's Nikkei shed 0.84 per cent in early trade. China's Shanghai Composite Index was up 0.41 per cent.

The US Dow Jones Industrial Average ended 0.07 per cent higher in Friday's trade.