Gold is trading at Rs 30,850 per ten gram at the bullion market largely on positive cues. 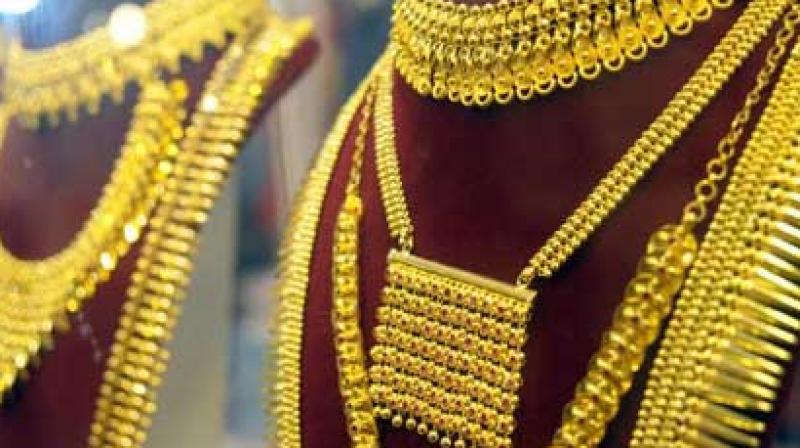 New Delhi: Gold recovered by Rs 50 to Rs 30,850 per ten gram at the bullion market on Saturday largely on positive cues from overseas and increased buying by local jewellers.

Silver also climbed Rs 300 to Rs 41,500 per kg due to increased offtake by industrial units and coin makers.

Sentiment got a lift after gold surged overseas buoyed by a weak dollar, with investors waiting for key US inflation data for clues on the outlook for potential hikes in US interest rates, traders said.

Besides, pick-up in buying by local jewellers to meet the ongoing festive season demand at domestic spot market too fuelled the uptrend, they said.

The precious metal had shed Rs 30 in yesterday's trade. Sovereign however remained unaltered at Rs 24,700 per piece of eight gram in limited deals.