Investors in these bonds have been provided with the option of holding them in physical or dematerialised form. 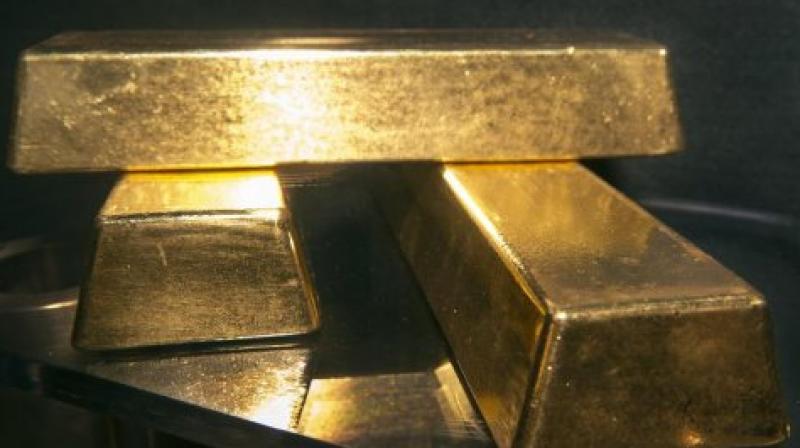 Minimum investment in the bonds is one gram with a maximum limit of subscription of 500 grams per person per fiscal year (April-March). (Photo: Representational/AFP)

New Delhi: The government today fixed the purchase price of Sovereign Gold Bond (SGB) at Rs 2,987 per gram the subscription for which will open on October 16, a few days before Dhanteras festival.

Dhanteras is considered auspicious for buying gold and jewellery. For the subscription period from October 16-18, the nominal value of the bond based on the simple average closing price for gold of 999 purity of the last three business days of the week preceding the subscription period, that is October 11-13, 2017 works out to Rs 2,987 per gram, the RBI said in a statement.

This is a part of SGB calender announced till December spread over 12 weeks. As per the calender it will open for subscription from Monday to Wednesday of every week starting from October 9 until December 27. The first tranche under this closed on October 11.

The settlement will be made on the first business day of the next week for the applications received during a given week.

"Government of India, in consultation with the Reserve Bank of India (RBI), has decided to offer discount of Rs 50 per gram less than the nominal value to those investors applying online and the payment against the application is made through digital mode," it said.

For such investors, the issue price of Gold Bond will be Rs 2937 per gram of gold. Under the scheme, the bonds are denominated in units of one gram of gold and multiples thereof.

The annual ceiling will include bonds subscribed under different tranches during initial issuance by the government and those purchase from the secondary market. Investors in these bonds have been provided with the option of holding them in physical or dematerialised form.