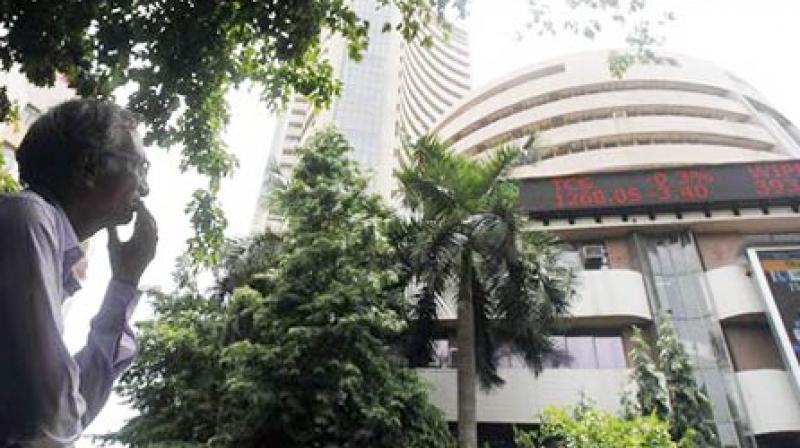 Mumbai: The Sensex on Tuesday dropped by 92 points to end at three-week low of 32,941.87 points after retail inflation hitting a seven-month high in October dampened expectations of a rate cut by the Reserve Bank.

Besides, inflation at the wholesale level too rose to six-month high of 3.59 per cent in October as the prices of food articles rose.

Lower trend at other Asian following a tepid lead from the Wall Street prompted participants to trim their holdings.

Sentiments suffered a jolt after retail inflation climbed to 7-month high in October, dampened hopes of a cut in interest rates by the Reserve Bank at its upcoming policy meet early next month, brokers said.

However, emergence of selling at every rise wiped off initial gains and the index finally settled 91.69 points, or 0.28 per cent down at 32,941.87, its weakest closing since October 26.