Markets to look at Q4 results for guidance

IIP rose 7.1 per cent in February, while the CPI showed retail inflation at 4.28 per cent in March, the fourth successive month of decline. 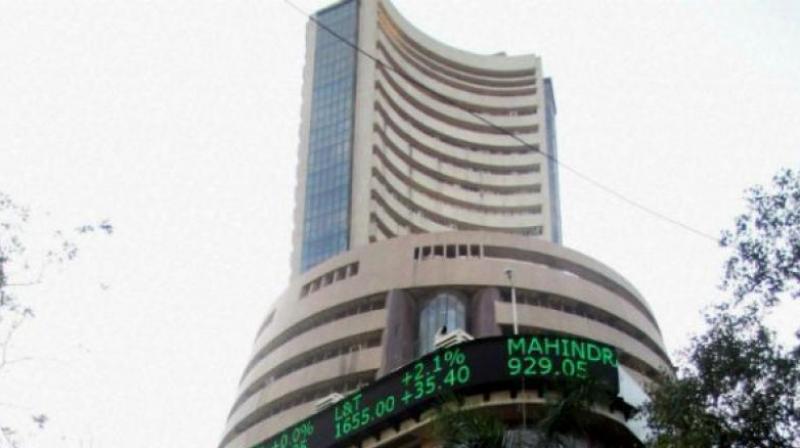 Lack of follow up buying was seen in the broader markets; the S&P BSE Mid-Cap index and S&P BSE Small-Cap index inched by 0.5 per cent and 0.6 per cent to close at 16,683 and 17,986. The breadth of the market remained weak amidst lower volumes.

IIP rose 7.1 per cent in February, while the CPI showed retail inflation at 4.28 per cent in March, the fourth successive month of decline.

Apart from on-going geo-political concerns and Q4 results, market players’ radar is on upcoming Karnataka elections and Monsoon. Politics, trade, conflict could spur sudden market reversals. It appears the market has become much more short-term focused, and it continues to get shorter-term focused, say observers.

Stock Scan
Zensar Technologies is a leading digital solutions and technology services company that specializes in partnering global organisations across industries in their digital transformation journey. It offers a complete range of traditional and transformational IT services and application management and infrastructure management services. Being one of the first companies in blockchain technology space and visibility of earnings make the stock good buy for target price of Rs 1,750.

SRF Limited is is a chemical-based multi-business entity engaged in the manufacturing of industrial and specialty intermediates. The company is widely recognised and well respected for its R&D capabilities globally, especially in the niche domain of chemicals. The pilot plant for the manufacture of next generation refrigerant, HFO 1234yf, is ready and the Chemicals Technology Group (CTG) will start the commissioning process very soon. Buoyancy in user industries and strong growth in niche segments foretell good times for the company. Buy for medium term target of Rs 3,500.

Pidilite Industries is a holding company. The company is engaged in the manufacture of adhesives and glues, including rubber based glues and adhesives. Branded Consumer & Bazaar Products segment contributed 84 per cent of the sales and from this Adhesives & Sealants category includes adhesives, sealants and tapes and contributes to 55 per cent of the sales. The VAM plant has been modified to make a range of Speciality Acetates and plans are underway to manufacture Isopropyl Alcohol in the same plant. Buy on declines for target price of
Rs 1, 750.

Sentiment indicators like VIX, open interest, put/call ratio and implied volatility suggest fatigue and mild correction in the near term.

On the back of Syrian crisis and volatility in crude oil prices, coming week may see alternate bouts of buying and selling. Close above the resistance level 10,500 mark, can trigger fresh short covering.

During the week ended IT stocks were the star performers followed by banks, metals and infra stocks. However, PSU Banks and select pharma stocks ended with losses.

Infosys results were largely in-line with market expectations. Analysts do not expect any surprises from other IT biggies also. Stay invested for present.

Resilient show was seen from cement counters in last few weeks. Tussle over “Binani” between Dalmia Bharat and Ultratech has triggered valuation exercise of cement companies. Stay invested in the sector for further gains.

C. Kutumba Rao is an avid follower of stock markets. This newspaper is not liable for decisions made on the basis of this column. Views expressed in the article are personal views of the writer.