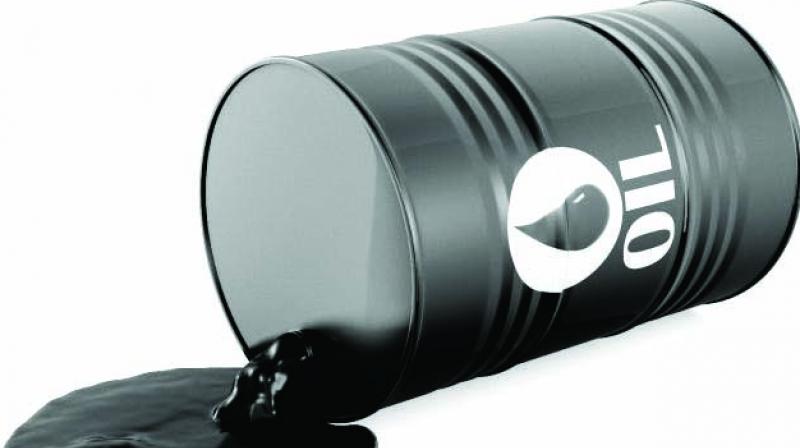 OPEC and its allies including Russia, known as OPEC+, will meet in June to decide whether to continue withholding supply.

Singapore: Oil prices edged down on Tuesday after a Russian minister said the nation and OPEC may boost crude output to fight the United States for market share, checking a recent rally driven by tighter global production.

US West Texas Intermediate (WTI) crude futures were at USD 63.32 per barrel, down 8 cents, or 0.13 per cent, from their previous settlement. WTI fell 0.8 per cent on Monday.

Russian Finance Minister Anton Siluanov said over the weekend that Russia and OPEC may decide to boost production to fight for market share with the United States, but this would push oil as low as USD 40 per barrel.

“There is a growing concern that Russia will not agree on extending production cuts and we could see them officially abandon it in the coming months,” said Edward Moya, senior market analyst, OANDA.

The Organization of the Petroleum Exporting Countries and its allies including Russia, known as OPEC+, will meet in June to decide whether to continue withholding supply. That comes after they previously agreed to crimp output by 1.2 million barrels per day (bpd) from January 1 for six months.

US crude oil output from seven major shale formations is expected to rise by about 80,000 bpd in May to a record 8.46 million bpd, the US Energy Information Administration said in a report.

However, losses in oil prices were checked by tighter supplies from Iran and Venezuela amid signs the United States will further toughen sanctions on those two OPEC producers, and on the threat that renewed fighting could wipe out crude production in Libya.