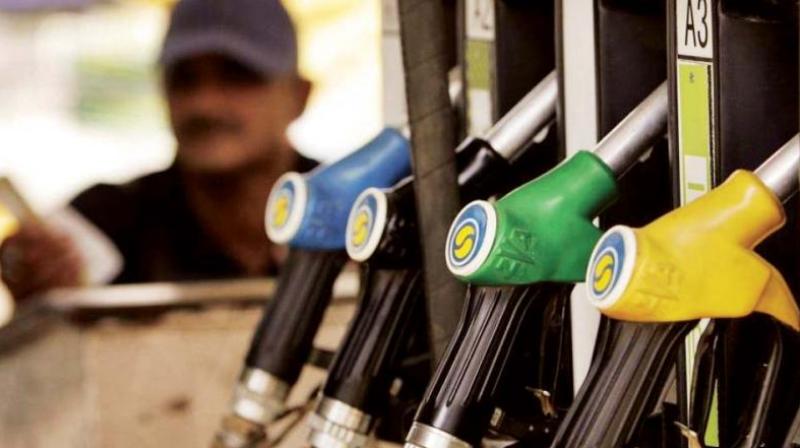 Jet fuel or ATF price on Thursday was hiked by 1.5 per cent, the fourth increase in six weeks. (PTI Photo)

New Delhi: Jet fuel or ATF price on Thursday was hiked by 1.5 per cent, the fourth increase in six weeks, while petrol and diesel rates were unchanged.

Aviation Turbine Fuel (ATF) price was hiked by Rs 635.47 per kilolitre (kl), or 1.5 per cent, to Rs 42,628.28 per kl in the national capital, according to a price notification by state-owned oil marketing companies.

This is the fourth straight increase in ATF prices in six months.

ATF prices are revised on 1st and 16th of every month based on average of benchmark international price and foreign exchange rate in the preceding fortnight.

Petrol and diesel prices, which are revised on a daily basis, were kept unchanged on Thursday.

Price of petrol has not changed for 17th day in a row. It sells for Rs 80.43 a litre in the national capital since June 29.

Diesel on the other hand has seen rates being changed on four occasions since June 29. It currently sells for a record Rs 81.18 per litre in the national capital.