Gold prices were steady on Tuesday as the US dollar remained on the back foot. 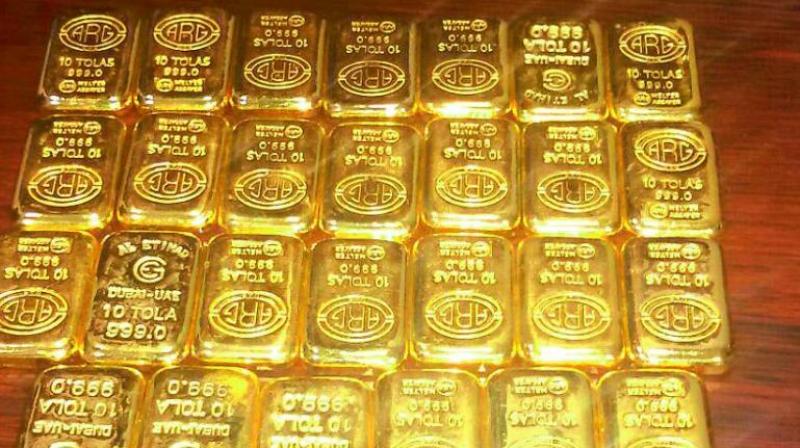 Gold prices were steady on Tuesday as the US dollar remained on the back foot, with the metal supported by festering worries over U.S.-China trade tensions.

Bengaluru: Gold prices were steady on Tuesday as the US dollar remained on the back foot, with the metal supported by festering worries over U.S.-China trade tensions.

“Despite a quietening of negative headlines overnight, its unlikely we’ve seen the last of China trade tensions or a weaker US dollar for that fact. All of which continues to provide the most apparent reasons to own gold,” said Stephen Innes, head of trading for Asia-Pacific for OANDA in Singapore.

Against the yen, the dollar was down 0.1 per cent at 107.03, off its seven-week high of 107.78 yen touched on Friday as traders braced for a meeting between U.S. President Donald Trump and Japanese Prime Minister Shinzo Abe starting on Tuesday.

The dollar index, which measures the greenback against a basket of currencies, also eased to 89.371 earlier, following a 0.4-per cent fall on Monday.

Meanwhile, the likelihood that there would be no immediate military escalation in Syria following the weekend missile strikes by the United States, Britain and France, improved investor appetite for risk and dented gold’s appeal.

“In my view geopolitical events tend to have short-lived impact on gold prices unless they have far reaching economic consequences. So in this sense, the Russian/Chinese sanctions are far more important to the world economy and to gold as opposed to one-off strikes in Syria,” said INTL FCStone analyst Edward Meir.