China reported its economy contracted 6.8% in January-March as the country battled the coronavirus 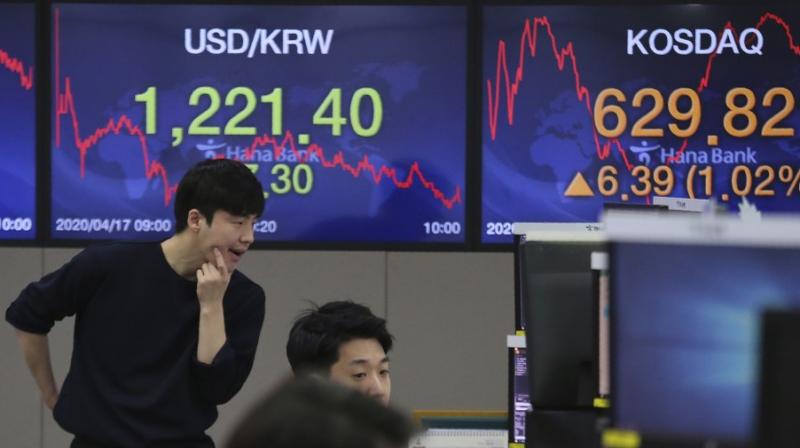 BANGKOK: Shares surged Friday in Asia after China reported economic data that, while dismal, was better than expected.

The gains followed an overnight rally on Wall Street powered by buying of Amazon, health care stocks and other market niches that are thriving in the coronavirus crunch.

China reported its economy contracted 6.8% in January-March as the country battled the coronavirus. That is the worst performance since at least the late 1970s.

It’s also not as bad as the double-digit declines some analysts had forecast, though the latest numbers suggest the recovery will be a slow one.

“The March data add to broader signs that China’s economy is past the worst. But the recovery will probably continue to underwhelm. Indeed, the high frequency indicators we track suggest that, after an initial bounce as containment measures were eased, the recovery in activity has since slowed to a crawl,” Julian Evans-Pritchard of Capital Economics said in a commentary.

South Korea’s Kospi surged 3.1% to 1,914.53 despite the release of data showing the country lost 195,000 jobs in March from a year earlier, ending a decade-long run in payroll gains.

Other markets in Asia also advanced.

Overnight, the S&P 500 rose 0.6% after flipping between small gains and losses following a government report that 5.2 million Americans filed for unemployment benefits last week. That brought the total for the last month to roughly 22 million.